Although metagenomics and metatranscriptomics are commonly used to identify bacteria and viruses in human samples, few studies directly compare these strategies. Researchers at the Karolinska Institutet compared DNA and RNA sequencing of bacterial and viral metagenomes and metatranscriptomes in the human cervix. Total nucleic acids from six human cervical samples were subjected to DNA and RNA sequencing. The effect of DNase-treatment before reverse transcription to cDNA were also analyzed. Similarities and differences in the metagenomic findings with the three different sequencing approaches were evaluated. A higher proportion of human sequences were detected by DNA sequencing (93%) compared to RNA sequencing without (76%) and with prior DNase-treatment (11%). On the contrary, bacterial sequences increased 17 and 91 times. However, the number of detected bacterial genera were less by RNA sequencing, suggesting that only a few contribute to most of the bacterial transcripts. The viral sequences were less by RNA sequencing, still twice as many virus genera were detected, including some RNA viruses that were missed by DNA sequencing. Metatranscriptomics of total cDNA provided improved detection of mainly transcribed bacteria and viruses in cervical swabs as well as detection of RNA viruses, compared to metagenomics. 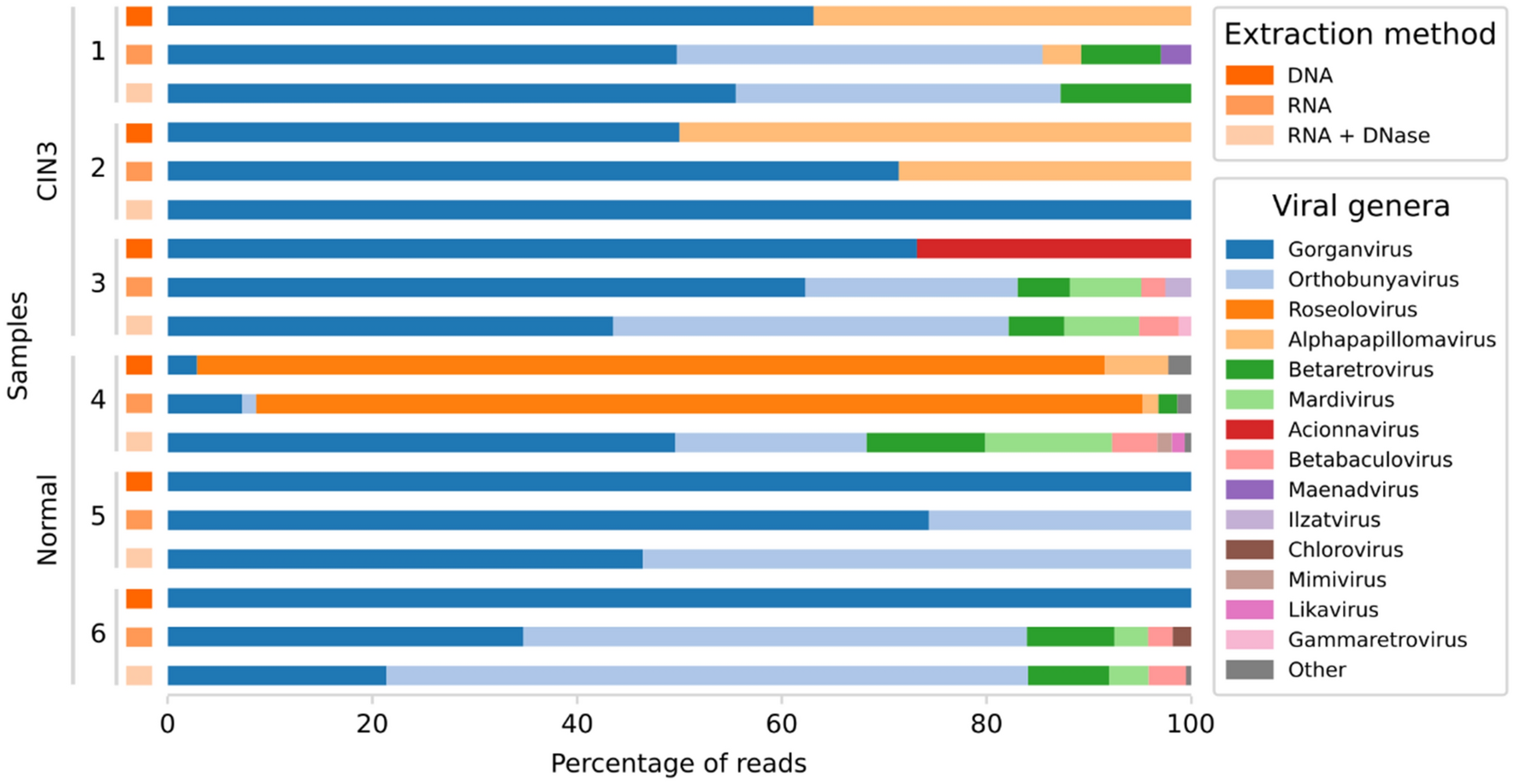