A Comparison of Next Generation Sequencing Technologies for Transcriptome Assembly

De novo assembled transcriptomes, in combination with RNA-Seq, are powerful tools to explore gene sequence and expression level in organisms without reference genomes. Investigators must first choose which high throughput sequencing platforms will provide data most suitable for their experimental goals.

In this study, researchers from Cornell University explore the utility of 454 and Illumina sequences for de novo transcriptome assembly and downstream RNA-Seq applications in a reproductive gland from a non-model bird species, the Japanese quail (Coturnix japonica). Four transcriptomes composed of either pure 454 or Illumina reads or mixtures of read types were assembled and evaluated for the same cost. Illumina assemblies performed best for de novo transcriptome characterization in terms of contig length, transcriptome coverage, and complete assembly of gene transcripts. Improvements over the Hybrid assembly were marginal, with the exception that the addition of 454 data significantly increased the number of genes annotated. The Illumina assembly provided the best reference to align an independent set of RNA-Seq data as ~84% of reads mapped to single genes in the transcriptome. Contigs constructed solely from 454 data may impose problems for RNA-Seq as our 454 transcriptome revealed a high number of indels and many ambiguously mapped reads. Correcting the 454 transcriptome with Illumina reads was an effective strategy to deal with indel and frameshift errors inherent to the 454 transcriptome, but at the cost of transcriptome coverage. In the absence of a reference genome, we find that Illumina reads alone produced a high quality transcriptome appropriate for RNA-Seq gene expression analyses. 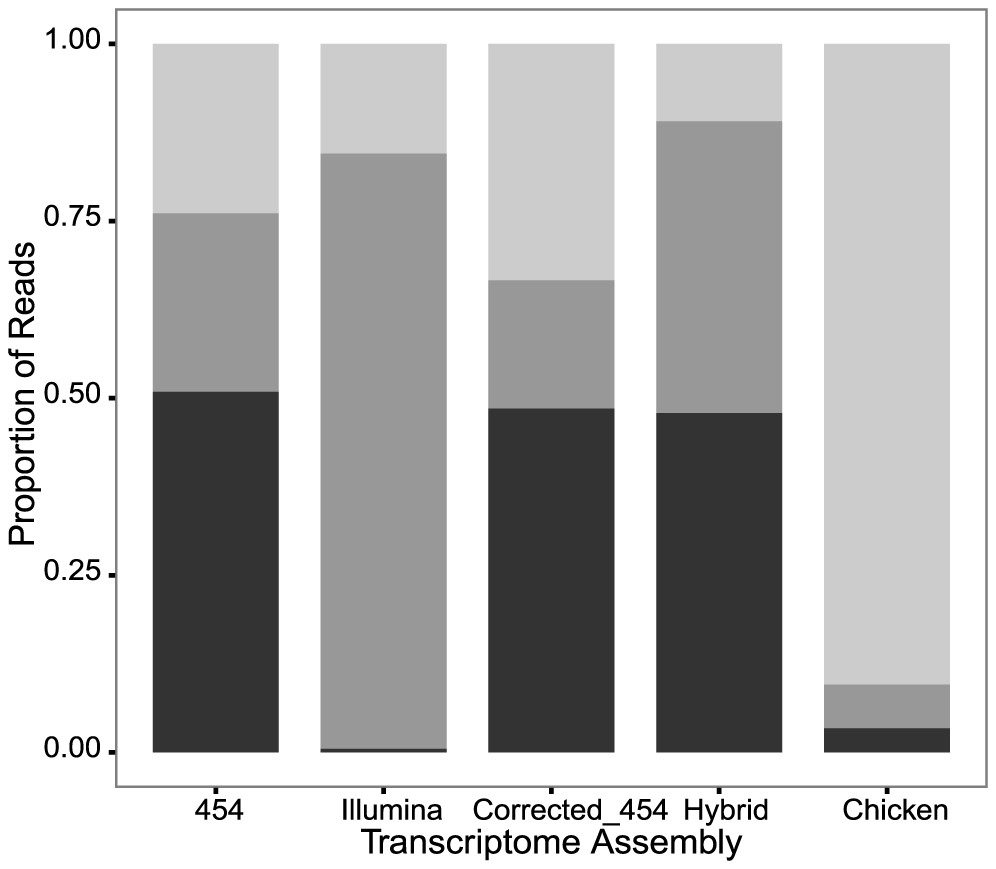 Performance of each assembly for RNA-Seq read mapping.