Understanding the differences between microarray and RNA-Seq technologies for measuring gene expression is necessary for informed design of experiments and choice of data analysis methods. Previous comparisons have come to sometimes contradictory conclusions, which may result from a lack of attention to the intensity-dependent nature of variation generated by the technologies. To examine this trend, researchers from Princeton University carried out a parallel nested experiment performed simultaneously on the two technologies that systematically split variation into four stages (treatment, biological variation, library preparation, and chip/lane noise), allowing a separation and comparison of the sources of variation in a well-controlled cellular system, Saccharomyces cerevisiae. With this novel dataset, the researchers demonstrate that power and accuracy are more dependent on per-gene read depth in RNA-Seq than they are on fluorescence intensity in microarrays. However, qPCR validations they carried out indicate that microarrays may demonstrate greater systematic bias in low-intensity genes than in RNA-seq. 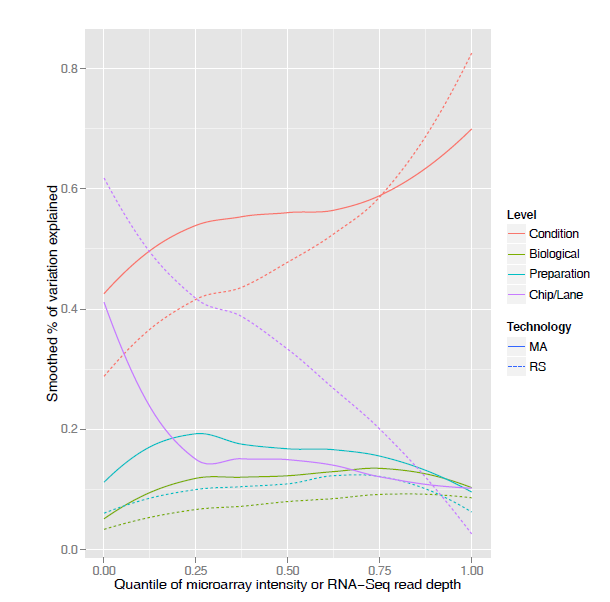