The ALS Research Forum – A new genomic resource may help researchers unravel the role of key RNA-binding proteins in ALS. The atlas, developed at the Riken Institute in Yokohama, Japan, contains 27,919 long non-coding RNAs – including 19,175 potentially functional RNAs in the human genome. Many of the genes encoding these RNAs are expressed in the central nervous system and overlap single nucleotide polymorphisms (SNPs) linked to diseases including ALS, suggesting that these RNAs may play a role in these diseases. The resource, developed as part of the FANTOM5 initiative, is based on genome-wide 5’ cap analysis of human gene expression data sets known as CAGE. The compendium is the largest human long non-coding RNA atlas created to date.

Researchers first suspected that long non-coding RNAs may play a role in ALS by studying the function of TDP-43, a key RNA-binding protein that is aggregated in the cytoplasm of motor neurons in most forms of the disease. Reporting in 2011, a research team led by University of California’s Don Cleveland in San Diego found that the reduction of TDP-43 resulted in the dysregulation of 59 long non-coding RNAs– at least in the mouse (Polymenidou et al., 2011; see March 2011 news). The approach, which involved the injection of antisense oligonucleotides and subsequent RNAseq analysis, aimed to identify RNAs that were likely regulated by TDP-43 in the brain and spinal cord.

The results coincided with a study, led by MRC’s Jernej Ule in Cambridge, England, that found that 5% of RNAs in post mortem human brain tissue bound to TDP-43 were long non-coding RNAs (Tollervey et al., 2011; see March 2011 news). The approach, known as iCLIP analysis, enabled Ule’s team to identify RNAs that bound and therefore may be regulated by TDP-43.

Together, the results suggest that TDP-43 may regulate the processing and/or the stability of key long non-coding RNAs in motor neurons. And, the dysregulation of these RNAs may play a role in most forms of the disease.

The resource is published online on March 1 in Nature. The atlas of long non-coding RNAs can be accessed in a database on the FANTOM5 website located here. 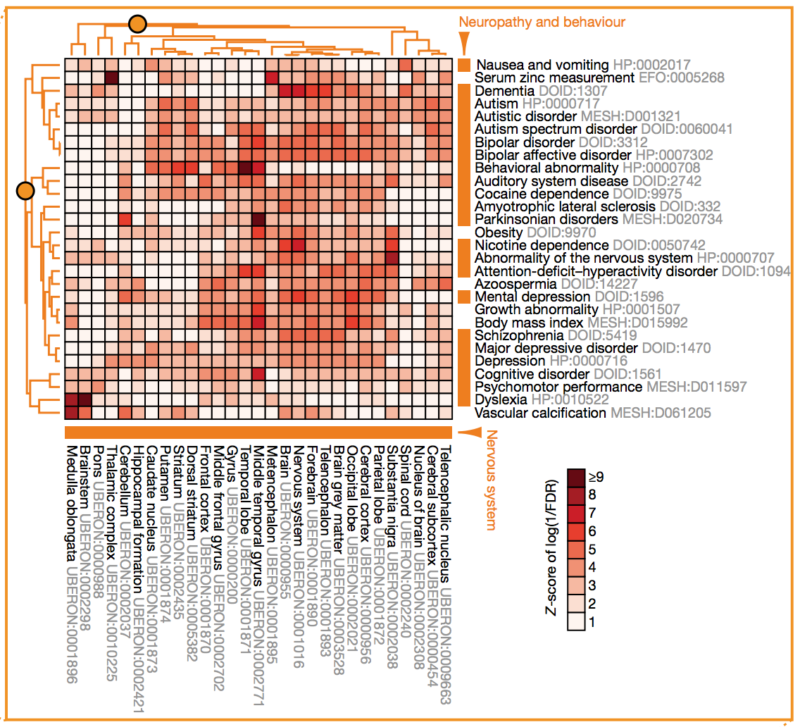 Go long. Some of the genes encoding long non-coding RNAs identified by the FANTOM5 team are expressed in the brain and overlap ALS SNPs suggesting that these RNAs may play a role in the disease. Courtesy of Hon et al., 2017, Nature. Reproduced with permission. All rights reserved. 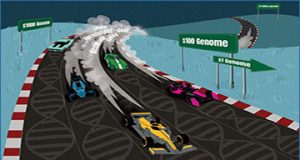