A practical solution for preserving single cells for RNA sequencing

The design and implementation of single-cell experiments is often limited by their requirement for fresh starting material. Researchers at the Wellcome Centre for Human Genetics have adapted a method for histological tissue fixation using dithio-bis(succinimidyl propionate) (DSP), or Lomant’s Reagent, to stabilise cell samples for single-cell transcriptomic applications. DSP is a reversible cross-linker of free amine groups that has previously been shown to preserve tissue integrity for histology while maintaining RNA integrity and yield in bulk RNA extractions. Although RNA-seq data from DSP-fixed single cells appears to be prone to characteristic artefacts, such as slightly reduced yield of cDNA and a detectable 3′ bias in comparison with fresh cells, cell preservation using DSP does not appear to substantially reduce RNA complexity at the gene level. In addition, there is evidence that instantaneous fixation of cells can reduce inter-cell technical variability. The ability of DSP-fixed cells to retain commonly used dyes, such as propidium iodide, enables the tracking of experimental sub-populations and the recording of cell viability at the point of fixation. Preserving cells using DSP will remove several barriers in the staging of single-cell experiments, including the transport of samples and the scheduling of shared equipment for downstream single-cell isolation and processing. 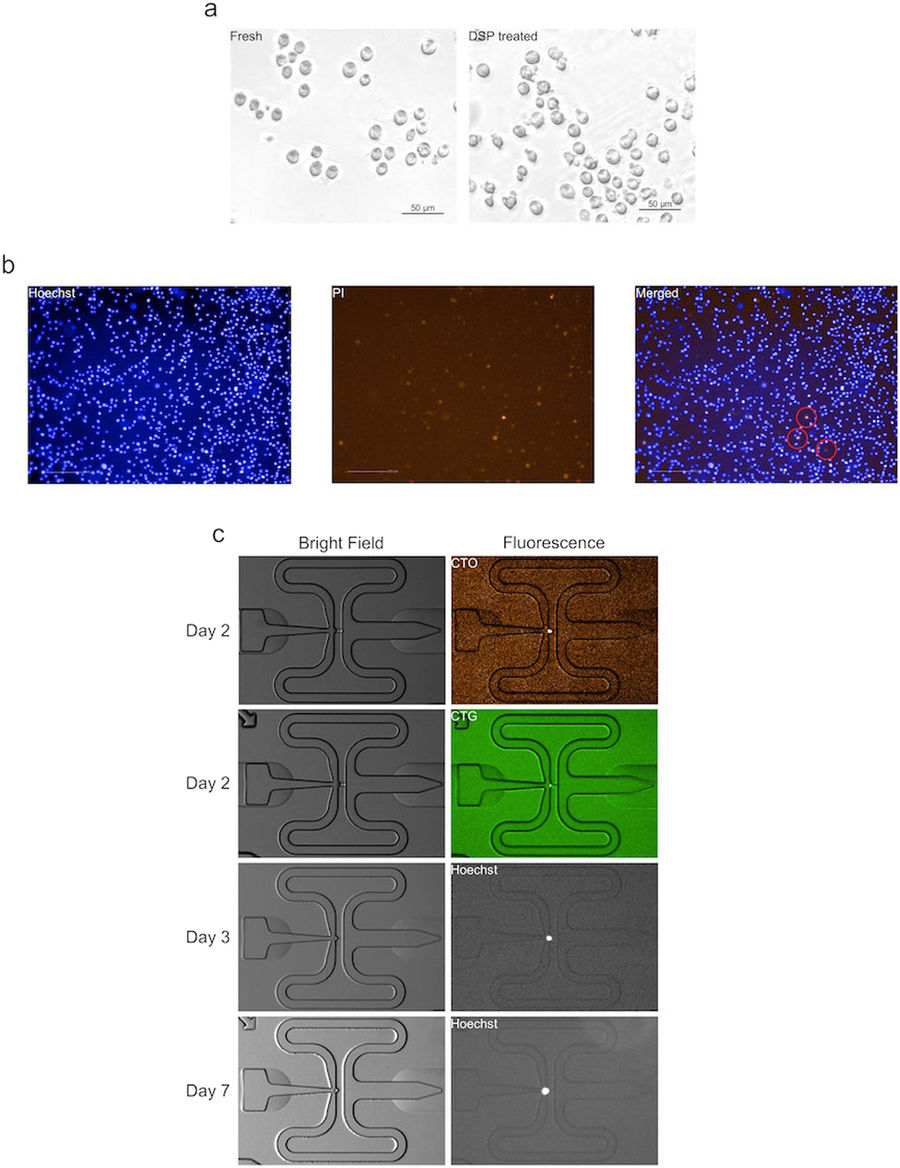 (a) Morphology of K562 cells before (left) and after (right) DSP treatment. DSP fixation did not cause detectable shrinkage or clumping. (b) Fluorescent staining of K562 cells after DSP treatment. In an overlay image of fixed K562 cells (right) stained with Hoechst 33342 (blue, left) and propidium iodide (PI; red, middle) before DSP treatment and then photographed 1 hour after fixation. Double-stained cells are circled in red (right). (c) Imaging of captured DSP-fixed K562 cells. Cells were captured on a Fluidigm C1 microfluidics IFC 2, 3 or 7 days after fixation, and imaged under bright field, and fluorescence for CTO (CellTracker Orange CMRA “ThermoFisher”), CTG (CellTracker Green CMFDA “ThermoFisher”) or Hoechst 33342. 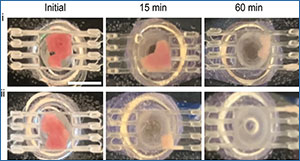 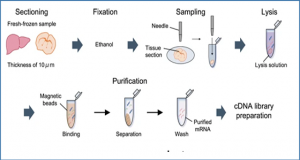 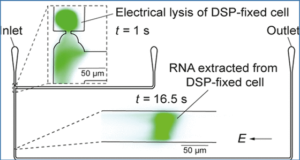 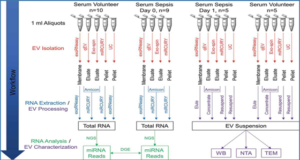 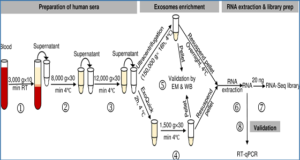