RNA sequencing (RNA-seq) has emerged as the method of choice for measuring the expression of RNAs in a given cell population. In most RNA-seq technologies, sequencing the full length of RNA molecules requires fragmentation into smaller pieces. Unfortunately, the issue of nonuniform sequencing coverage across a genomic feature has been a concern in RNA-seq and is attributed to biases for certain fragments in RNA-seq library preparation and sequencing. 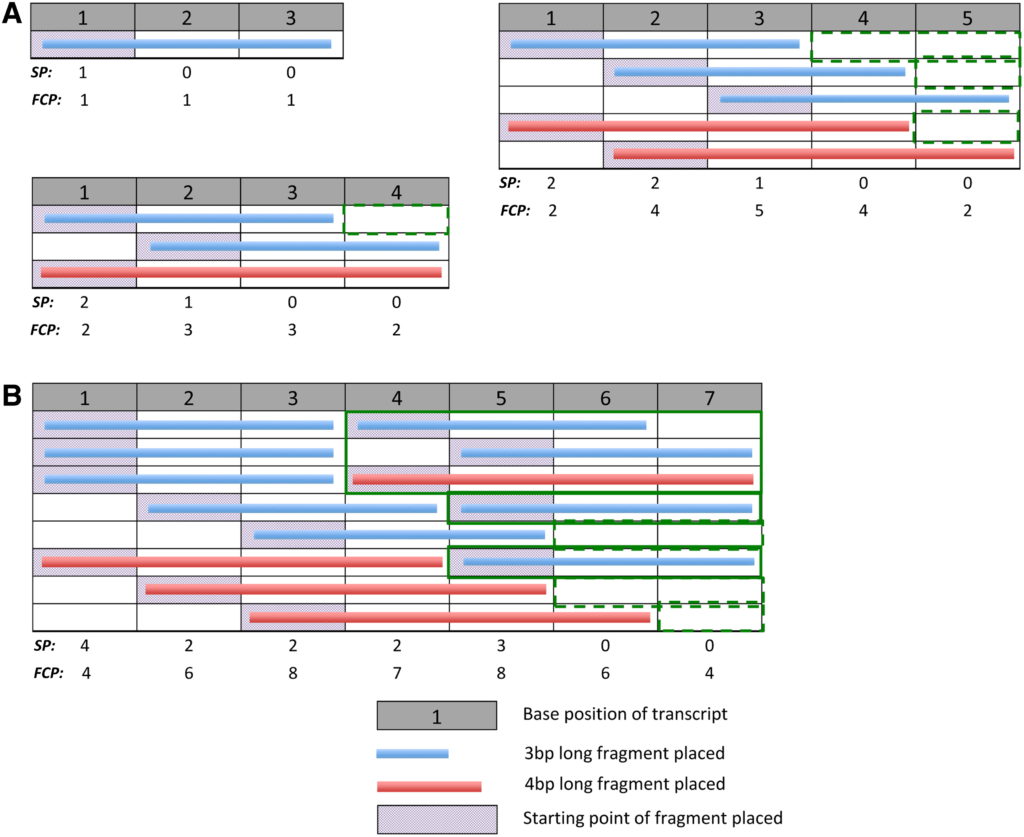 (A) Fragments of 3 and 4 bases long placed on transcripts of lengths 3–5 bases. (B) Fragments of 3 and 4 bases long placed on a transcript of 10 bases long. Each row represents a unique fragmentation pattern, where fragments are placed till remaining positions on the transcript permit no further placement of a fragment. The computed SPP and FCP are, respectively, the sum of fragment starting-points (boxes shaded red) and the sum of fragments covering each position, and are shown under each pattern space. Sections that have been bordered green show pattern spaces of shorter transcripts found in longer transcripts. Dashed green borders show the pattern spaces for transcripts shorter than the fragment length. 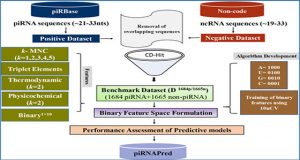