A transcriptomic view of bamboo from a ‘mutant’ perspective

Few studies about bamboo naturally occurring mutants have been reported so far. Using an integrated anatomy, mathematics and genomics approach, A team led by researchers at Cornell University systematically characterized the cellular and molecular basis underlying the abnormal internode development of Pseudosasa japonica var. tsutsumiana, a stable variant with dwarf and swollen internodes that are caused by the compressed spiral growth and the swollen cells in the bottom part of the internode. P. japonica var. tsutsumiana is a slow-growth variant with disorderly cell division and cell growth during the fast growth stage. Comparative transcriptome analysis identified a number of genes related to cell growth that were significantly down-regulated in the variant, including those related to auxin, vesicle transport, cytoskeleton organization and cell wall modification, consistent with the thinner cell walls and lower contents of cellulose that were found in the variant, which together with the mechanic force composed by the extrusion pressure from the neighboring fast growth cells and the weight pressure above the growing cells might finally result in the radial and irregular growth of the variant cells. This study provides key candidate genes involved in the fast growth of bamboo from a ‘mutant’ perspective, and supports a plausible mechanism underlying the dwarf and swollen internodes of P. japonica var. tsutsumiana. 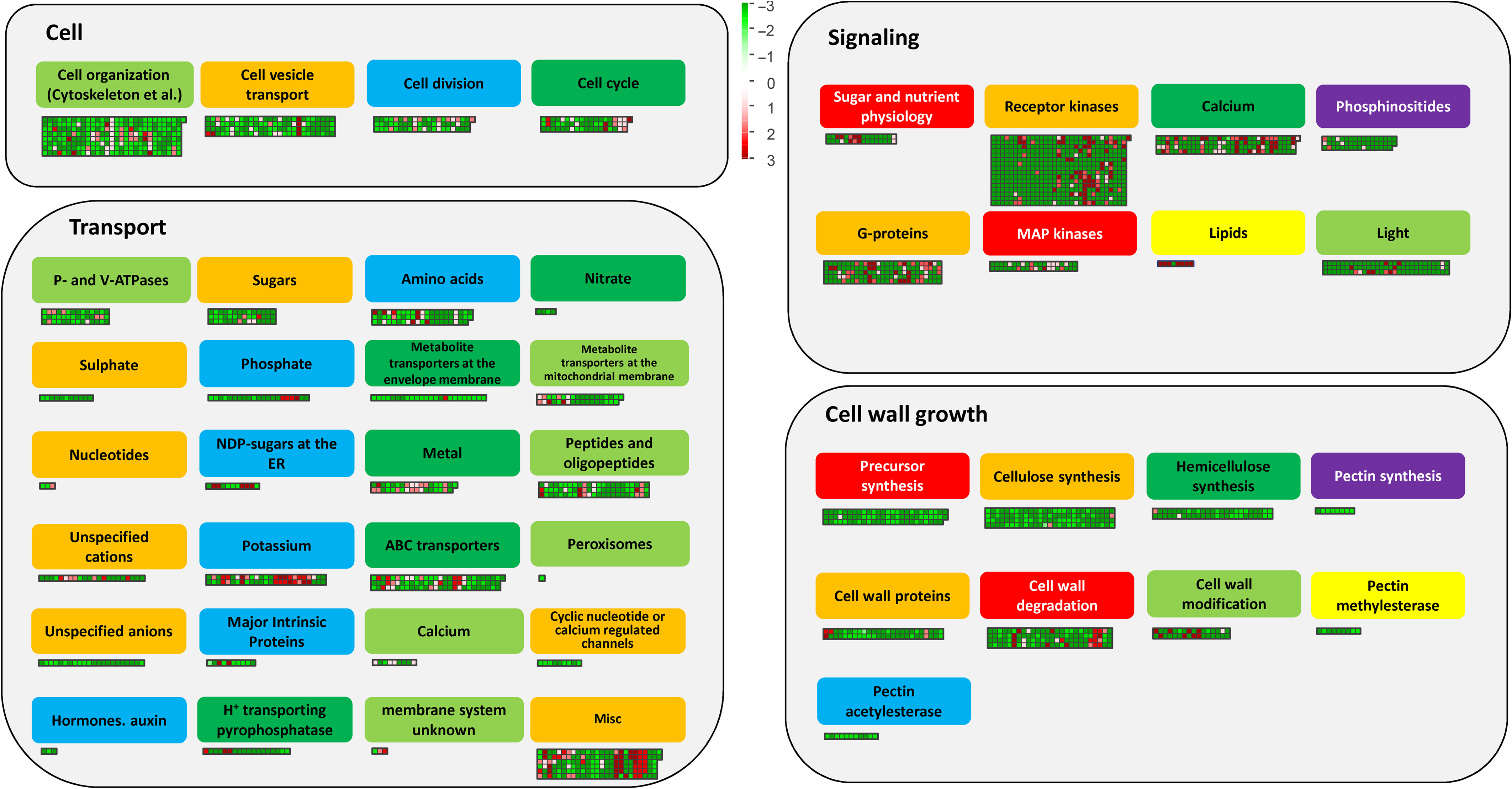 Differentially expressed genes in the rhizome internode with a length of ~1 cm between the slow-growth variant and WT plants. The figure was generated using the MapMan program. The log2-fold change in the transcript levels was used in the analysis. Each square represents a single gene within the pathways, and green and red indicate down- and up-regulated genes, respectively.