Protein functional effector sncRNAs (pfeRNAs) are approximately 30-60 nucleotides (nt), of which the extraction method from plasma has not yet been reported. Silver staining in a high-resolution polyacrylamide gel suggested that the majority of plasma sncRNAs extracted by some broadly used commercial kits were sncRNAs from 100 nt upwards. Additionally, TRIzol’s protocol is for long RNA but not sncRNA recovery.

Researchers at Johns Hopkins School of Medicine have now developed a TRIzol-based frozen precipitation method (TFP method), which shows rigor and reproducibility in high yield and quality for plasma sncRNAs approximately 30-60 nt. In contrast to the yields by the commercial kit, plasma sncRNAs extracted by the TFP method enriched more sncRNAs. The researchers used four different pfeRNAs of 34 nt, 45 nt, 53 nt, and 58 nt to represent typical sizes of sncRNAs from 30 to 60 nt and compared their levels in the recovered sncRNAs by the TFP method and by the commercial kit. The TFP method showed lower cycle threshold (CT) values by 2.01-9.17 cycles in 38 plasma samples from 38 patients, including Caucasian, Asian, African American, Latin, Mexican, and those who were a mix of more than one race. In addition, pfeRNAs extracted by two organic-based extraction methods and four commercial kits were undetermined in 22 of 38 samples. Thus, the quick and unbiased TFP method enriches plasma sncRNA ranging from 30 to 60 nt. 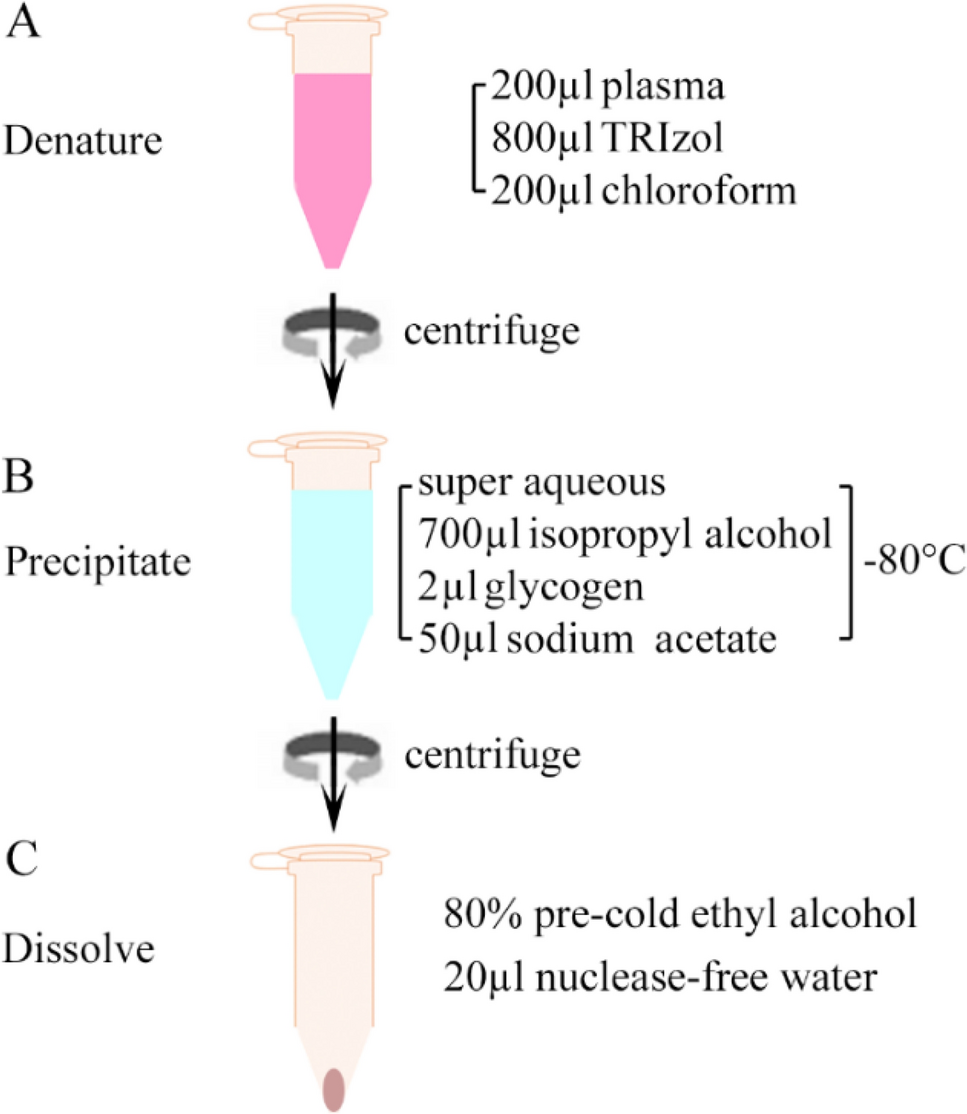 Denaturing (A), precipitation (B), and washing/dissolving (C) steps