A prerequisite to defining the transcriptome-wide functions of RNA modifications is the ability to accurately determine their location. NCI researchers have developed N4-acetylcytidine (ac4C) sequencing (ac4C-seq), a protocol for the quantitative single-nucleotide resolution mapping of cytidine acetylation in RNA. This method exploits the kinetically facile chemical reaction of ac4C with sodium cyanoborohydride under acidic conditions to form a reduced nucleobase. RNA is then fragmented, ligated to an adapter at its 3′ end and reverse transcribed to introduce a non-cognate nucleotide at reduced ac4C sites. After adapter ligation, library preparation and high-throughput sequencing, a bioinformatic pipeline enables identification of ac4C positions on the basis of the presence of C→T misincorporations in reduced samples but not in controls. Unlike antibody-based approaches, ac4C-seq identifies specific ac4C residues and reports on their level of modification. The ac4C-seq library preparation protocol can be completed in ~4 d for transcriptome-wide sequencing. 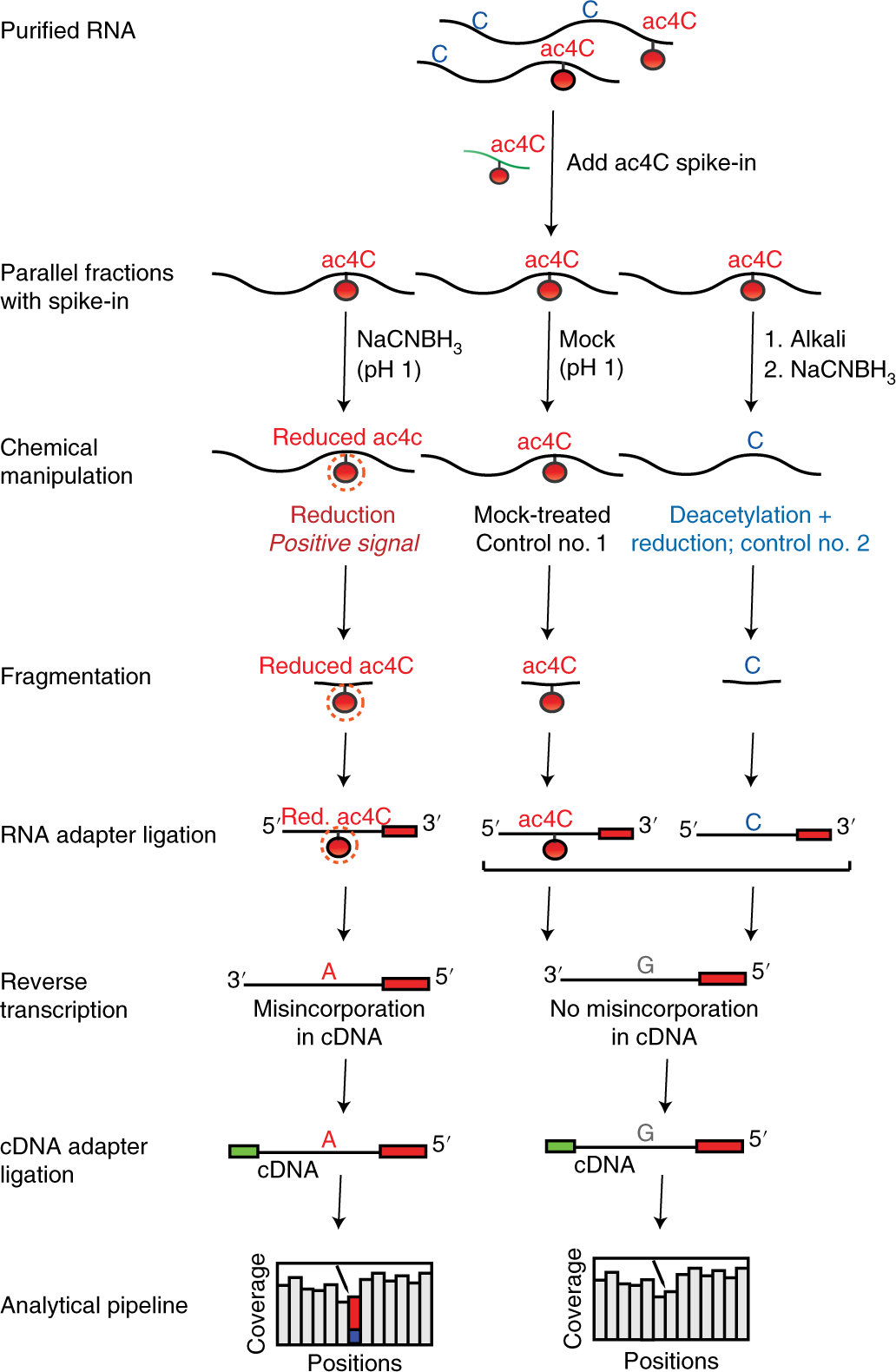 RNA is spiked with a synthetic ac4C RNA spike-in and split into three samples. One experimental sample is treated with NaCNBH3 under acidic conditions (reduction, positive signal), while two control samples are subjected to acidic conditions without reducing agent (mock-treated, control no. 1) and deacetylation followed by NaCNBH3 treatment (deacetylated + reduction, control no. 2). A 3′ adapter is ligated onto fragmented RNA, which is then reverse transcribed, resulting in misincorporation of ‘A’ in cDNA at positions of reduced ac4C. A 3′ adaptor is ligated to facilitate cDNA library construction, with subsequent sequencing and bioinformatic analysis being used to identify ac4C-modified sites.