A challenge for single-cell genomic studies in kidney and other solid tissues is generating a high-quality single-cell suspension that contains rare or difficult-to-dissociate cell types and is free of both RNA degradation and artifactual transcriptional stress responses. 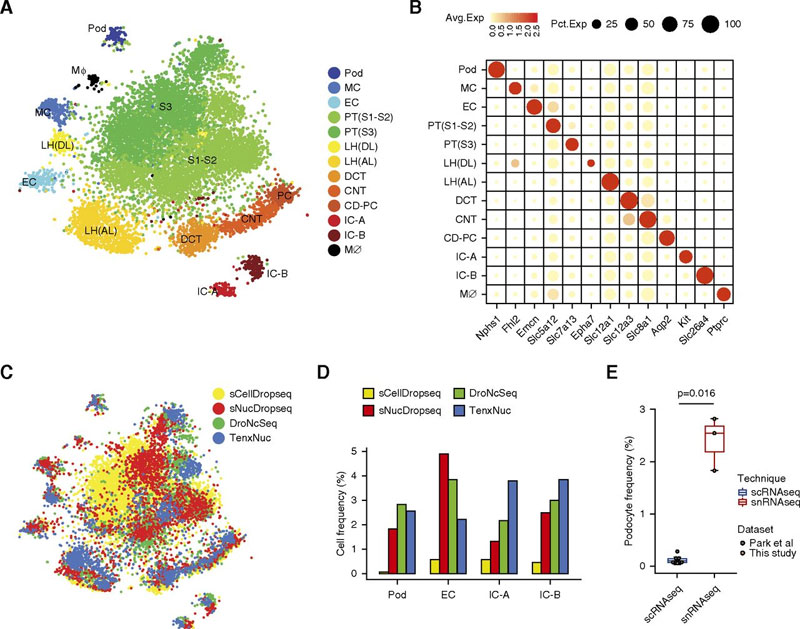