There is growing evidence that alternative splicing (AS) plays an important role in cancer development. However, a comprehensive analysis of AS signatures in kidney renal clear cell carcinoma (KIRC) is lacking and urgently needed. It remains unclear whether AS acts as diagnostic biomarkers in predicting the prognosis of KIRC patients. In the work, gene expression and clinical data of KIRC were obtained from The Cancer Genome Atlas (TCGA), and profiles of AS events were downloaded from the SpliceSeq database. The RNA sequence/AS data and clinical information were integrated, and Guizhou University researchers conducted the Cox regression analysis to screen survival-related AS events and messenger RNAs (mRNAs). Correlation between prognostic AS events and gene expression were analyzed using the Pearson correlation coefficient. Protein-protein interaction analysis was conducted for the prognostic AS-related genes, and a potential regulatory network was built using Cytoscape (version 3.6.1). Meanwhile, functional enrichment analysis was conducted. A prognostic risk score model is then established based on seven hub genes (KRT222, LENG8, APOB, SLC3A1, SCD5, AQP1, and ADRA1A) that have high performance in the risk classification of KIRC patients. A total 46,415 AS events including 10,601 genes in 537 patients with KIRC were identified. In univariate Cox regression analysis, 13,362 survival associated AS events and 8,694 survival-specific mRNAs were detected. Common 3,105 genes were screen by overlapping 13,362 survival associated AS events and 8,694 survival-specific mRNAs. The Pearson correlation analysis suggested that 13 genes were significantly correlated with AS events (Pearson correlation coefficient >0.8 or <-0.8). Then, the researchers conducted multivariate Cox regression analyses to select the potential prognostic AS genes. Seven genes were identified to be significantly related to OS. A prognostic model based on seven genes was constructed. The area under the ROC curve was 0.767. In the current study, a robust prognostic prediction model was constructed for KIRC patients, and the findings revealed that the AS events could act as potential prognostic biomarkers for KIRC. 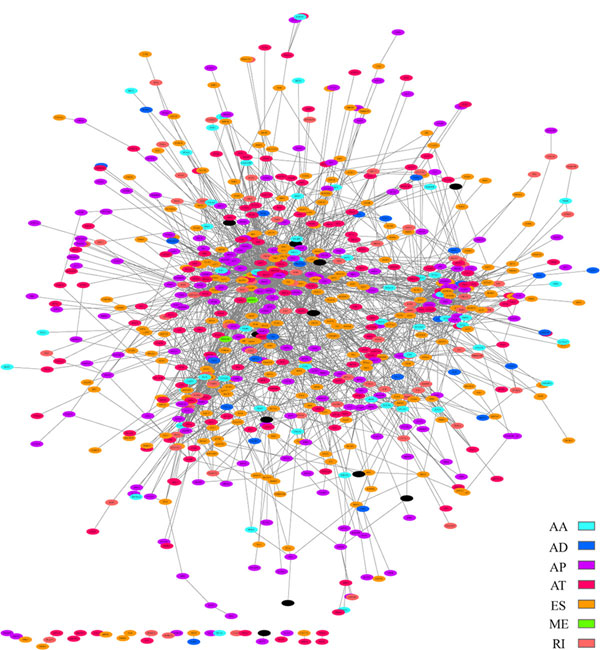