MicroRNAs (miRNAs) are key post-transcriptional regulators that affect protein translation by targeting mRNAs. Their role in disease etiology and toxicity are well recognized. Given the rapid advancement of next-generation sequencing techniques, miRNA profiling has been increasingly conducted with RNA-seq, namely miRNA-seq. Analysis of miRNA-seq data requires several steps: (1) mapping the reads to miRBase, (2) considering mismatches during the hairpin alignment (windowing), and (3) counting the reads (quantification). The choice made in each step with respect to the parameter settings could affect miRNA quantification, differentially expressed miRNAs (DEMs) detection and novel miRNA identification. Furthermore, these parameters do not act in isolation and their joint effects impact miRNA-seq results and interpretation. In toxicogenomics, the variation associated with parameter setting should not overpower the treatment effect (such as the dose/time-dependent effect).

In this study, researchers from the University of Michigan-Flint comparatively evaluated four commonly used miRNA-seq analysis tools (i.e., miRDeep2, miRExpress, miRNAkey, sRNAbench) with a standard toxicogenomics study design. They tested 30 different parameter settings on miRNA-seq data generated from thioacetamide-treated rat liver samples for three dose levels across four time points, followed by four normalization options. Because both miRExpress and miRNAkey yielded larger variation than that of the treatment effects across multiple parameter settings, their analyses mainly focused on the side-by-side comparison between miRDeep2 and sRNAbench. While the number of miRNAs detected by miRDeep2 was almost the subset of those detected by sRNAbench, the number of DEMs identified by both tools was comparable under the same parameter settings and normalization method. Change in the number of nucleotides out of the mature sequence in the hairpin alignment (window option) yielded the largest variation for miRNA quantification and DEMs detection. However, such a variation is relatively small compared to the treatment effect when the study focused on DEMs that are more critical to interpret the toxicological effect. While the normalization methods introduced a large variation in DEMs, toxic behavior of thioacetamide showed consistency in the trend of time-dose responses. Overall, miRDeep2 was found to be preferable over other choices when the window option allowed up to three nucleotides from both ends. 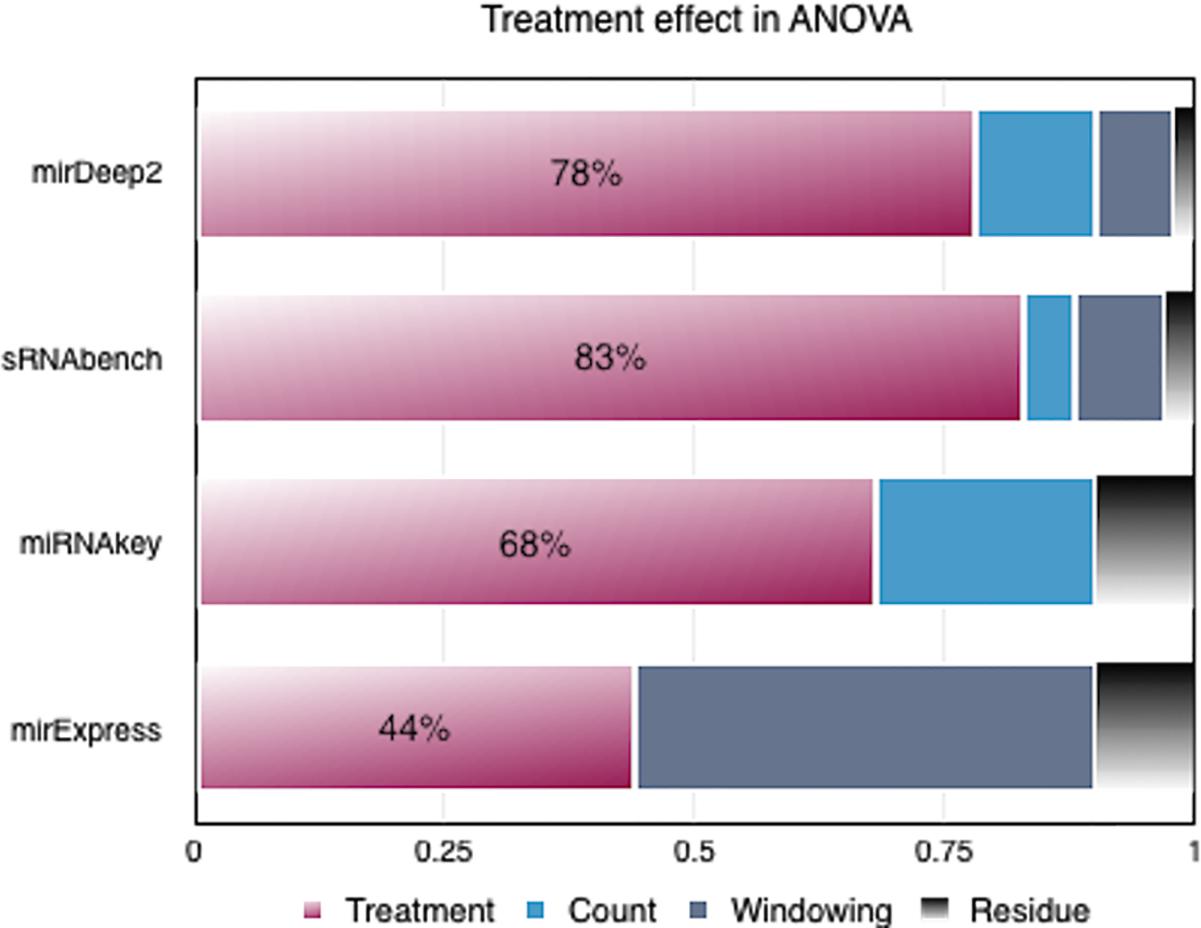