An NGS-based diagnostic approach in patients suffering from septic shock

Fungi are of increasing importance in sepsis. However, culture-based diagnostic procedures are associated with relevant weaknesses. Therefore, culture- and next-generation sequencing (NGS)-based fungal findings as well as corresponding plasma levels of β-d-glucan, interferon gamma (INF-γ), tumor necrosis factor alpha (TNF-α), interleukin (IL)-2, -4, -6, -10, -17A, and mid-regional proadrenomedullin (MR-proADM) were evaluated in 50 septic patients at six consecutive time points within 28 days after sepsis onset. Furthermore, immune-response patterns during infections with Candida spp. were studied in a reconstituted human epithelium model. In total, 22% (n = 11) of patients suffered from a fungal infection. An NGS-based diagnostic approach appeared to be suitable for the identification of fungal pathogens in patients suffering from fungemia as well as in patients with negative blood cultures. Moreover, MR-proADM and IL-17A in plasma proved suitable for the identification of patients with a fungal infection. Using RNA-seq., adrenomedullin (ADM) was shown to be a target gene which is upregulated early after an epithelial infection with Candida spp. 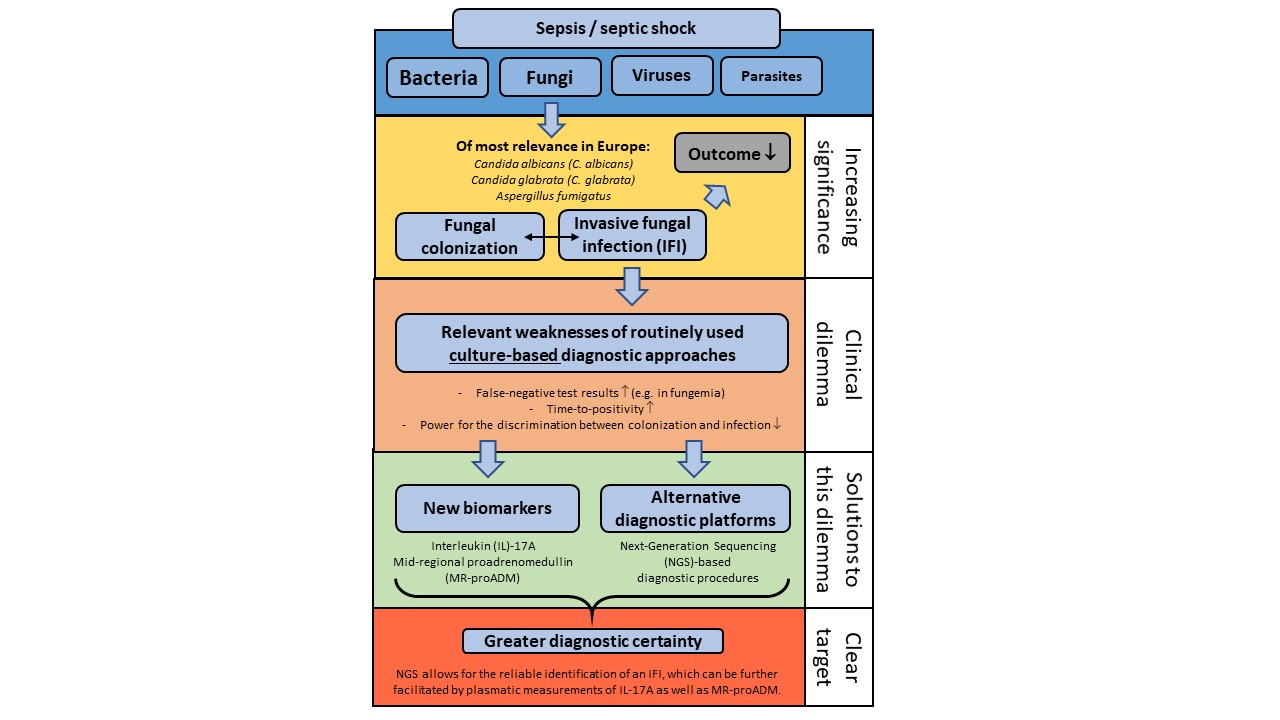 An NGS-based diagnostic approach was able to close the diagnostic gap of routinely used culture-based diagnostic procedures, which can be further facilitated by plasmatic measurements of MR-proADM and IL-17A. In addition, ADM was identified as an early target gene in response to epithelial infections with Candida spp.