Pharmacogenomics has revealed compelling genetic signals associated with variability in drug response. Gene expression studies represent an additional approach to identify candidate genes accounting for drug response variability. Researchers from the University of Florida discuss insights that might be gained through analysis of the transcriptome to reveal the influence of gene expression on variable drug response. They provide a basic overview of RNA-Sequencing (RNA-Seq) and its applications, and outline advances in pharmacogenomics achievable with RNA-Seq data. 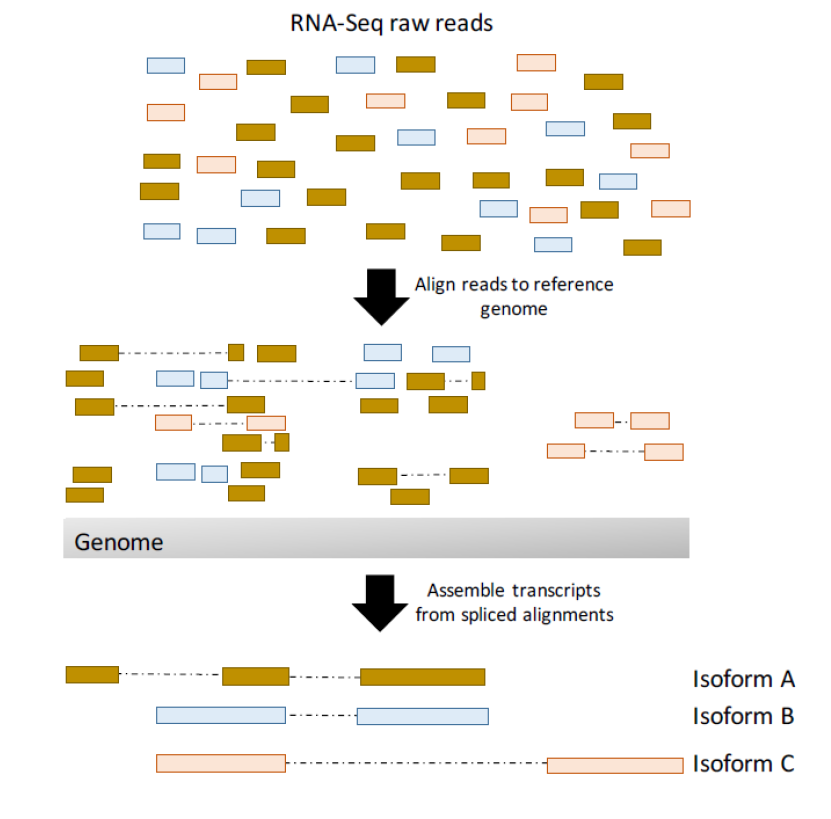 First, short RNA-Seq reads are aligned to the reference genome, accounting for possible splicing events. Then, transcripts are reconstructed from the spliced alignments. The colors of the RNA-Seq reads represent the transcript isoform from which they are derived.