ATLANTA, Feb. 4, 2016 /PRNewswire-USNewswire/ — The Arthritis Foundation has announced that 11 scientists were selected out of 167 proposals as the 2015 Scientific Discovery Awardees for their innovations toward finding a cure for arthritis and related diseases. This is the Foundation’s first request for proposals (RFP) with revised eligibility criteria to include anyone who can provide bold, new ideas that accelerate the scientific discovery process toward a cure for the more than 50 million adults and 300,000 children in the U.S. living with arthritis.

A major differentiator for the 2015 selection process, funded projects were required to demonstrate a clear interdisciplinary pathway to viability in the marketplace. The awards include innovative proposals such as using “smart nanosomes” (small packets that enclose drugs) to directly target drugs to damaged cartilage; a study on whether endotoxins contribute to knee osteoarthritis progression; and the use of next-generation ribonucleic acid (RNA) sequencing in order to create a diagnostic test for rheumatoid arthritis. 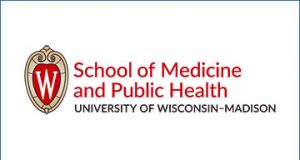