The number of studies using single-cell RNA sequencing (scRNA-seq) is constantly growing. This powerful technique provides a sampling of the whole transcriptome of a cell. However, sparsity of the data can be a major hurdle when studying the distribution of the expression of a specific gene or the correlation between the expressions of two genes.

Researchers at EPFL show that the main technical noise associated with these scRNA-seq experiments is due to the sampling, i.e., Poisson noise. The researchers present a new tool named baredSC, for Bayesian Approach to Retrieve Expression Distribution of Single-Cell data, which infers the intrinsic expression distribution in scRNA-seq data using a Gaussian mixture model. baredSC can be used to obtain the distribution in one dimension for individual genes and in two dimensions for pairs of genes, in particular to estimate the correlation in the two genes’ expressions. They apply baredSC to simulated scRNA-seq data and show that the algorithm is able to uncover the expression distribution used to simulate the data, even in multi-modal cases with very sparse data. They also apply baredSC to two real biological data sets. First, they use it to measure the anti-correlation between Hoxd13 and Hoxa11, two genes with known genetic interaction in embryonic limb. Then, they study the expression of Pitx1 in embryonic hindlimb, for which a trimodal distribution has been identified through flow cytometry. While other methods to analyze scRNA-seq are too sensitive to sampling noise, baredSC reveals this trimodal distribution. 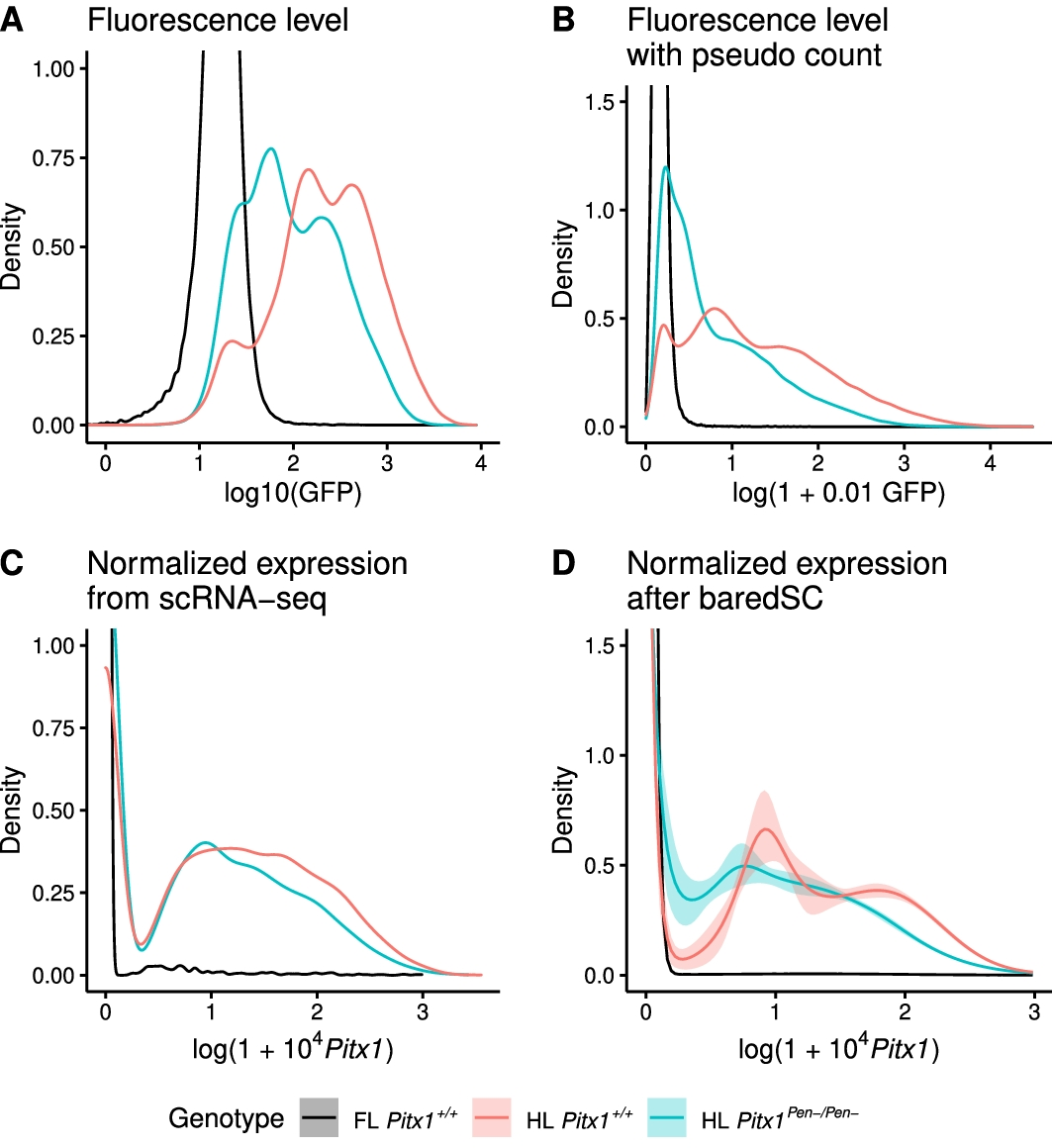