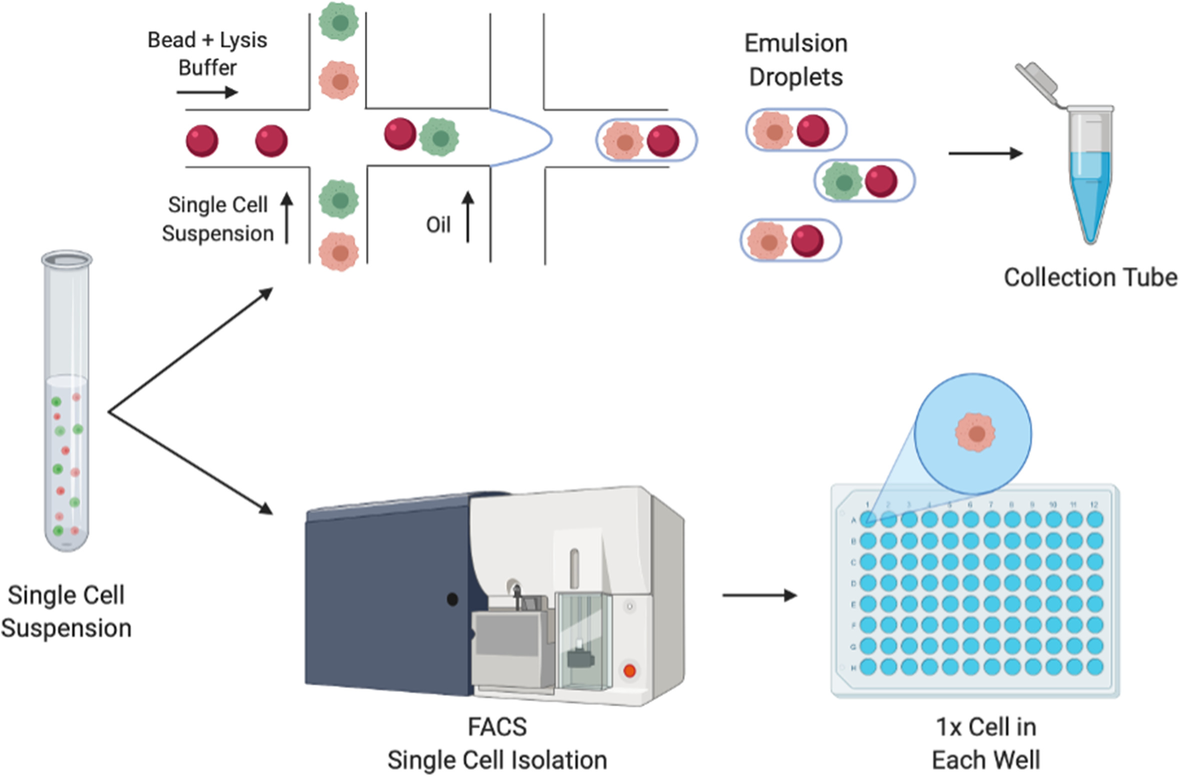 Droplet-based approaches combine primer-covered beads and single cells in emulsion droplets. In the droplets the single cell is lysed and reverse transcription (RT) is performed. Following RT, the synthesised cDNA is pooled and processed in bulk. In the Plate-based approaches, single cells are deposited in lysis-buffer filled chambers of a PCR plate or tube. Fluorescent activated cell sorting (FACS) may be used for this isolation of single cells

For the tested kits the researchers found that ease-of-use came at higher prices. Takara can be selected for its ease-of-use to analyse a few samples, but they recommend the cheaper G&T-seq or SS3 for laboratories where a substantial sample flow can be expected.