Over the last few years, RNA-seq has been used to study alterations in alternative splicing related to several diseases. Bioinformatics workflows used to perform these studies can be divided into two groups, those finding changes in the absolute isoform expression and those studying differential splicing. Many computational methods for transcriptomics analysis have been developed, evaluated and compared; however, there are not enough reports of systematic and objective assessment of processing pipelines as a whole. Moreover, comparative studies have been performed considering separately the changes in absolute or relative isoform expression levels. Consequently, no consensus exists about the best practices and appropriate workflows to analyse alternative and differential splicing. To assist the adequate pipeline choice, researchers from the Centro de Investigaciones Príncipe Felipe present here a benchmarking of nine commonly used workflows to detect differential isoform expression and splicing. They evaluated the workflows performance over different experimental scenarios where changes in absolute and relative isoform expression occurred simultaneously. In addition, the effect of the number of isoforms per gene, and the magnitude of the expression change over pipeline performances were also evaluated. These results suggest that workflow performance is influenced by the number of replicates per condition and the conditions heterogeneity. In general, workflows based on DESeq2, DEXSeq, Limma and NOISeq performed well over a wide range of transcriptomics experiments. In particular, the reseachers suggest the use of workflows based on Limma when high precision is required, and DESeq2 and DEXseq pipelines to prioritize sensitivity. When several replicates per condition are available, NOISeq and Limma pipelines are indicated.

Schema of the nine pipelines evaluated on this work 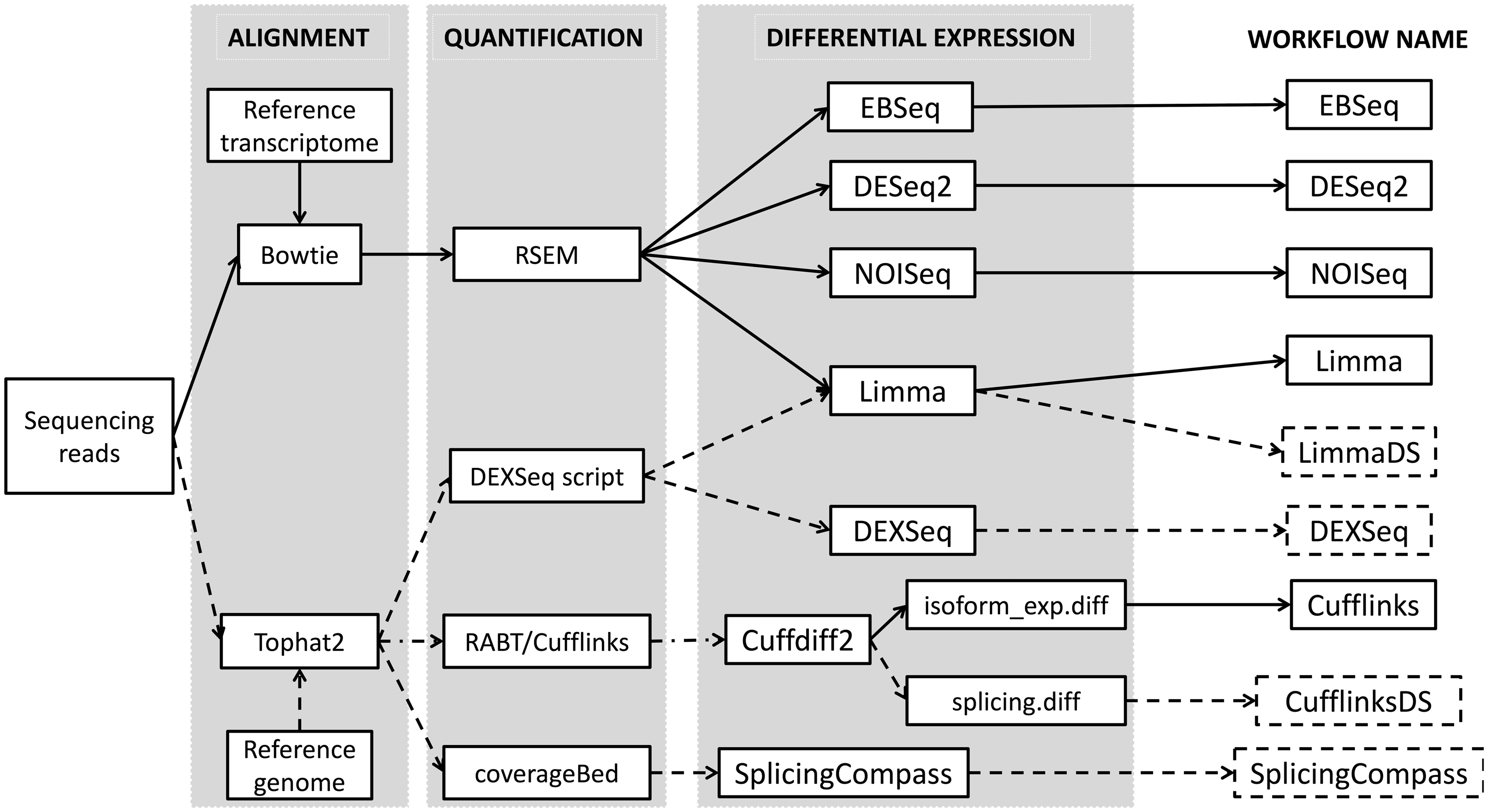 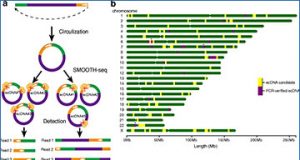 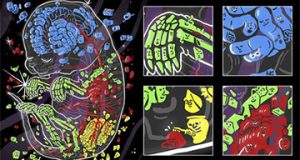 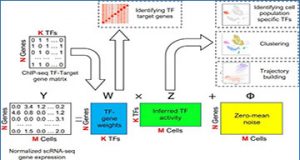