Scientists from the Spanish National Cancer Research Centre’s Structural Computational Biology Group, led by Alfonso Valencia, are making the largest ever catalogue of biological chimeras available to the public domain. Specifically, the new database comprises a c ollection of more than 29,000 small RNA molecules–those envolved in making proteins–that originate from different genomic regions. These molecules, the so-called chimeric RNAs, could reveal useful markers for the clinical oncology practice, and even novel drug targets for cancer treatment.

The data, featured in the journal Nucleic Acids Research (NAR) and published in the ChiTaRS database, challenge the central dogma of classical molecular biology that establishes the formation of a single protein based on the information contained in a single gene.

Chimeric proteins can be produced through two very different molecular processes: a first, most studied process of chromosomal translocation, which occurs when chromosomes exchange genomic regions between each other; and a second, less well-known one, in which RNAs originating from different genes combine to create a single protein.

Although not much is known about the function of chimeras in cells, “we know they play an important role in cancer,” says Valencia. In fact, chromosomal translocations serve as markers for some types of tumors such as chronic myeloid leukaemia. 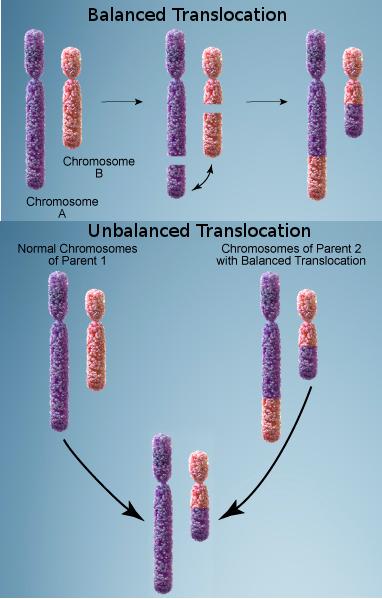 The new catalogue, whose starting point was the bioinformatics analysis of thousands of chimeras described in the literature, is made up of more than 29,000 chimeric RNAs derived from eight different species including humans, mice and fruit flies or yeast. “This phenomenon happens throughout evolution [it is already present in yeast, whose evolutionary origin differs from that of humans by millions of years], although we know very little about it given that, very often, chimeric RNAs are expressed at low levels in cells,” say the researchers.

Part of the biocomputing and bioinformatics data has been verified by laboratory experiments. Up to 297 chimeras have been detected in three human cell lines, of which 69 had not been described in humans until now: these proteins originate from the two strands of DNA (those with opposite reading direction) that belong to the same gene.

The future of the research lies in understanding the relevance of all of these processes to normal cell maintenance and its contribution to the genome and cancer biology studies. “The RNAs and chimeric proteins have become a focal point of attention over the last few years, given that they can be used as new tumor markers, as well as potential targets for the generation of new drugs,” says Milana Frenkel-Morgenstern, the first author of the study.

“The database is a very valuable source of information for the International Cancer Genome Consortium, whose aim is to study the genetics of the 50 most common types and/or subtypes of cancer, the most relevant for clinical practice and society worldwide,” say the researchers.

The study has been funded by the Government of Spain and the European Union.