Circular RNAs (circRNAs) are newly discovered incipient non-coding RNAs with potential roles in disease progression in living organisms. Significant reports, since their inception, highlight the abundance and putative functional roles of circRNAs in every organism checked for, like O. sativa, Arabidopsis, human, and mouse. CircRNA expression is generally less than their linear mRNA counterparts which fairly explains the competitive edge of canonical splicing over non-canonical splicing. However, existing methods may not be sensitive enough for the discovery of low-level expressed circRNAs.

By combining template-dependent multiple displacement amplification (tdMDA), Illumina sequencing, and bioinformatics tools, researchers from Madurai Kamaraj University and  Saint Louis University have developed an experimental protocol that is able to detect 1,875 novel and known circRNAs from O. sativa. The same method also revealed 9,242 putative circRNAs in less than 40 million reads for the first time from the Nicotiana benthamiana whose genome has not been fully annotated. Supported by the PCR-based validation and Sanger sequencing of selective circRNAs, this method represents a valuable tool in profiling circRNAs from the organisms with or without genome annotation. 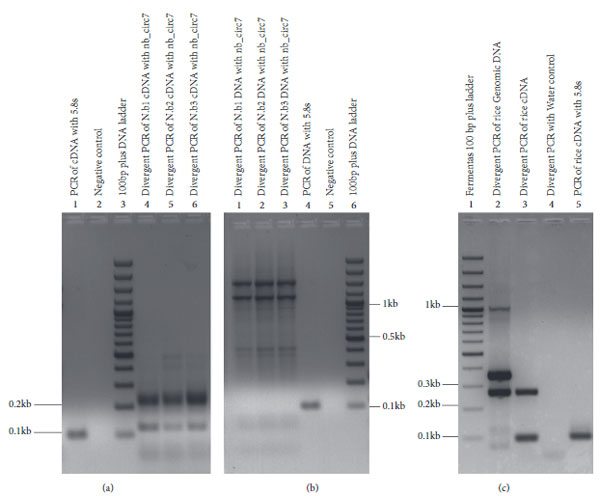