Comparison of atopic dermatitis transcriptome profiling by microarray and RNA-Seq

Genomic profiling of lesional and nonlesional skin of patients with atopic dermatitis (AD) using microarrays has led to increased understanding of AD and identification of novel therapeutic targets. However, the limitations of microarrays might decrease detection of AD genes. These limitations might be lessened with next-generation RNA sequencing (RNA-seq).

RNA-seq and microarrays were performed to identify differentially expressed genes in lesional versus nonlesional skin from 18 patients with moderate-to-severe AD, with real-time PCR (RT-PCR) and immunohistochemistry used for validation. 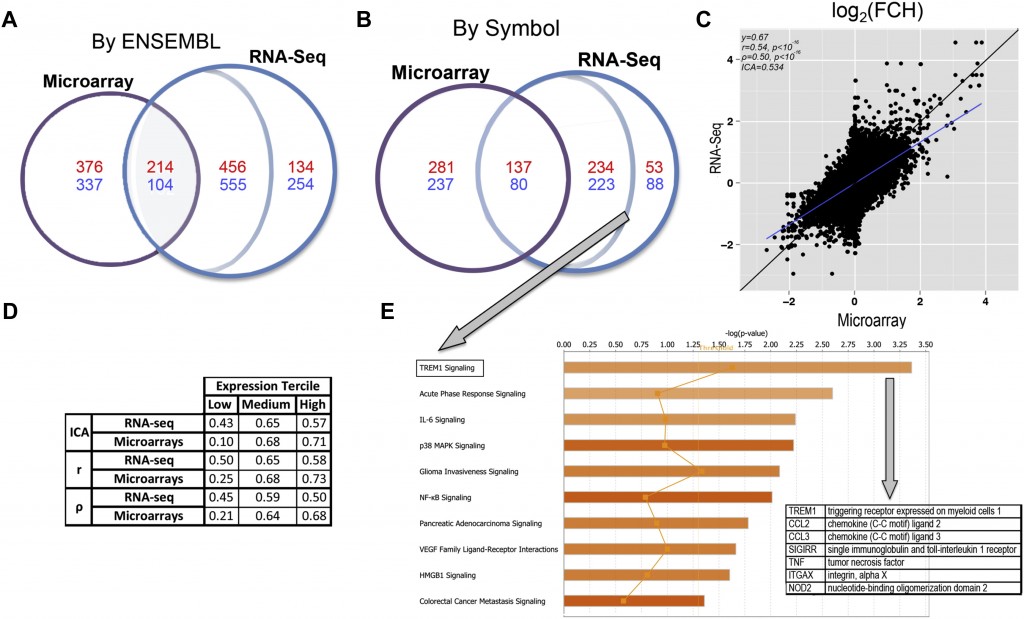 This is the first report of a lesional AD phenotype using RNA-seq and the first direct comparison between platforms in this disease. Both platforms robustly characterize the AD transcriptome. Through RNA-seq, we unraveled novel disease pathology, including increased expression of the novel TREM-1 pathway and the IL-36 cytokine in patients with AD.