This report investigates for the first time the potential inter-treatment bias source of cell number for gene expression studies. Cell-number bias can affect gene expression analysis when comparing samples with unequal total cellular RNA content or with different RNA extraction efficiencies. For maximal reliability of analysis, therefore, comparisons should be performed at the cellular level. This could be accomplished using an appropriate correction method that can detect and remove the inter-treatment bias for cell-number. 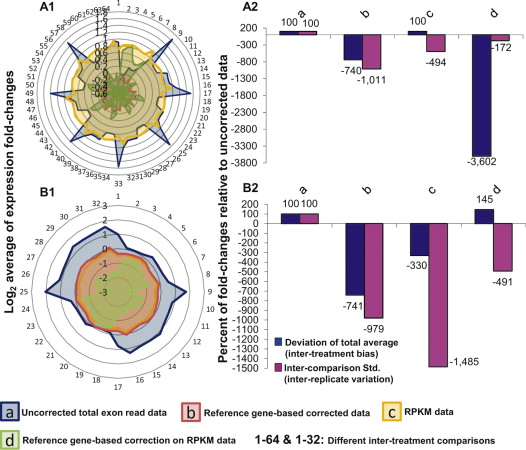