Small RNAs regulate gene expression and most genes in the worm Caenorhabditis elegans are subject to their regulation. Here, researchers from the University of Maryland analyze small RNA data sets and use reproducible features of RNAs present in multiple data sets to discover a new class of small RNAs and to reveal insights into two known classes of small RNAs-22G RNAs and 26G RNAs. 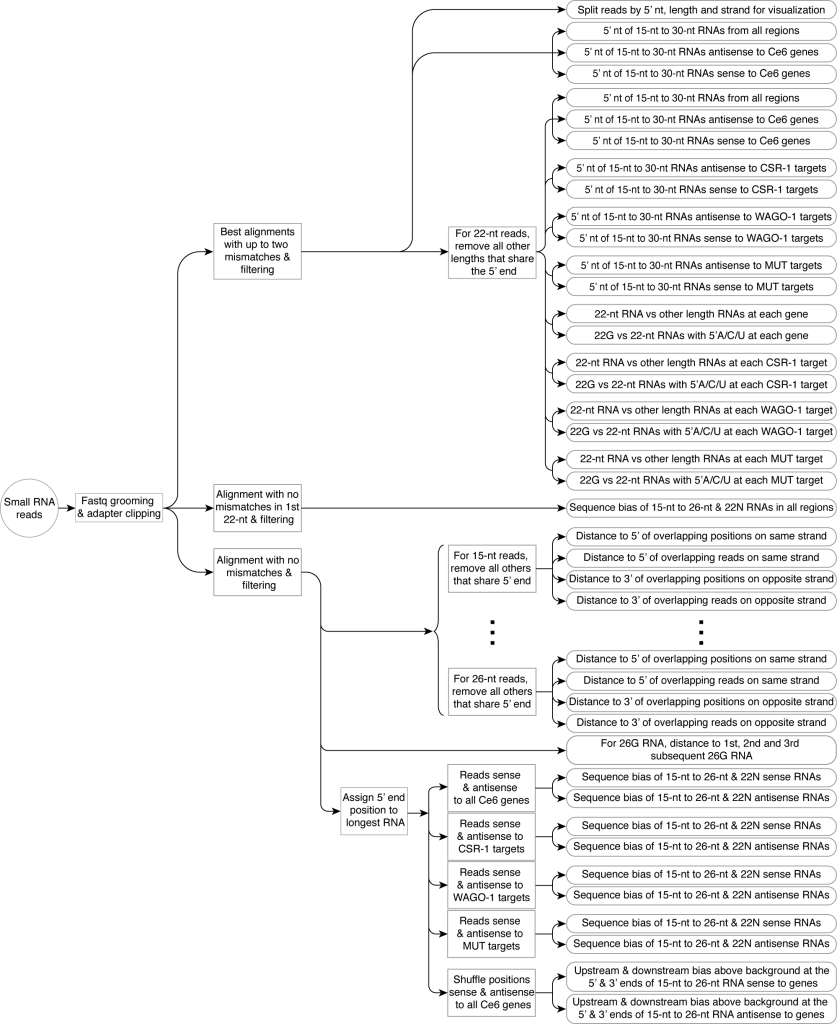 Schematic of the analysis of small RNA sequencing data. 22N RNAs refers to 22-nt RNAs with each 5’ nucleotide (A, C, G, or U), which were each analysed separately for each step indicated above. See methods and section on strategy for additional details.

To their surprise, analysis of RNAs shorter than 18 nt revealed a new class of RNAs, which they call NU RNAs (pronounced “new RNAs”) because they have a NU bias at the 5′ end, where N is any nucleotide. NU RNAs are antisense to genes and originate downstream from U bases on mRNA. Although many genes have complementary NU RNAs, their genome-wide distribution is distinct from that of previously known classes of small RNAs. These results suggest that current approaches underestimate reproducibly detected RNAs that are shorter than 18 nt, and theoretical considerations suggest that such shorter RNAs could be used for sequence-specific gene regulation in organisms like C. elegans that have small genomes.