Because of the very complicated organization of tissues and cells, it’s still not entirely understood how tumors form, for instance, or how different organs emerge in early-stage embryos. To help answer these crucial questions, a team of researchers at Yale have developed a technology that gives a much clearer picture of the spatial relationships in biological systems.

The process, which involves barcoding cells in tissue, was developed in the lab of Rong Fan, professor of biomedical engineering. The results were published Nov. 13 in Cell. The authors include Yale BME postdocs, graduate students, and undergraduate students in Fan lab and collaborators from Yale School of Medicine including Prof. Stephanie Halene, interim section chief of hematology.

In recent years, the technology of single cell analysis has been a huge boost for biomedical researchers, allowing them to study systems of cells one cell at a time.

“But that’s not enough,” Fan said. “You need to know where the individual cells are located – it turns out that this matters so much.”

Fan and his research team developed a process that uses a microfluidic device to deliver barcodes for messenger RNAs and proteins, in which each is attached to a combination of DNA tags, while they are still in the tissue. They can then create a mosaic of those cells at a resolution of 10 microns, or even smaller. This method allows for identifying and tracking cells in the native tissue context. Previous methods required tissue association, resulting in the loss of spatial location information of cells. Fan believes the technology could be a “foundational tool for a new era of omics” – the study of biological molecules that form and guide organisms.

“Now we’re able to resolve single cells, and everything is done in situ on the same tissue and we can image where the cells are, so we know what barcode goes with which cell,” he said “At this resolution, we have extremely high-quality data to cover the entire genome, all the genes and in every single cell, we can detect thousands of genes. That hadn’t been possible at this spatial resolution, but is what everyone has been dreaming about.” 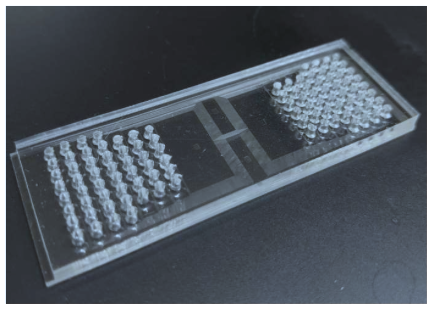 Yang Liu, a postdoctoral associate in Fan’s lab and lead author of the study, noted that the technology can be used for multiple fields of omics, and measuring the expression of all possible genes, as well as critical protein markers. It’s also easy enough for researchers with no experience in microfluidics to use, and is compatible with commonly used existing technologies.

Fan said one of his aims is for the technology to be used to better explore the microenvironments of tumors. For instance, if scientists are trying to conduct an RNA sequencing of a whole tumor to find genes that contribute to the formation of a tumors, they can now work with a much greater degree of certainty which cells they’re looking at.

“I see in the future that it can be in a clinical setting and help transform medicine,” he said.