Accurate detection of homologous relationships of biological sequences (DNA or amino acid) amongst organisms is an important and often difficult task that is essential to various evolutionary studies, ranging from building phylogenies to predicting functional gene annotations. There are many existing heuristic tools, most commonly based on bidirectional BLAST searches that are used to identify homologous genes and combine them into two fundamentally distinct classes: orthologs and paralogs. Due to only using heuristic filtering based on significance score cutoffs and having no cluster post-processing tools available, these methods can often produce multiple clusters constituting unrelated (non-homologous) sequences. Therefore sequencing data extracted from incomplete genome/transcriptome assemblies originated from low coverage sequencing or produced by de novo processes without a reference genome are susceptible to high false positive rates of homology detection.

A diagram of the workflow 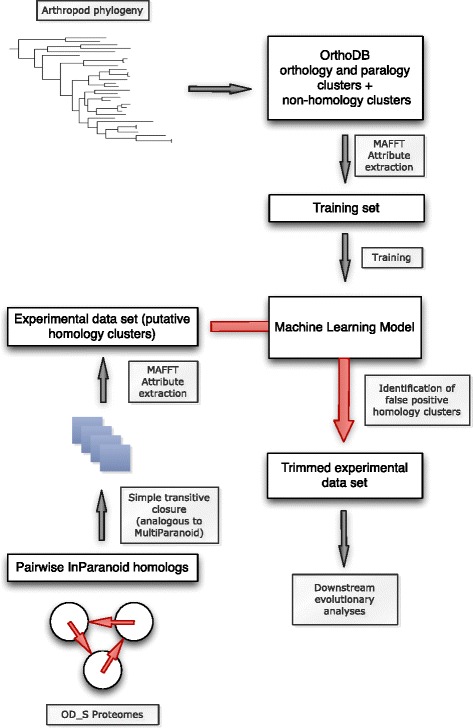 This figure shows the different steps that were used in developing our machine learning model. Arthropod phylogeny was generated in previous studies and deposited in OrthoDB. These sequences were then gathered from OrthoDB and used as our orthology and paralogy clusters. They were combined with generated non-homology clusters. The combination represents our training data set used to train the machine learning algorithms. The experimental data were assembled with proteins inferred from the assemblies. InParanoid was then used to identify putative homologs. Once putative homologs were identified they were input into the trained machine learning algorithms for classification and subsequent cluster trimming 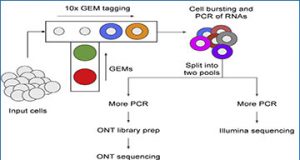