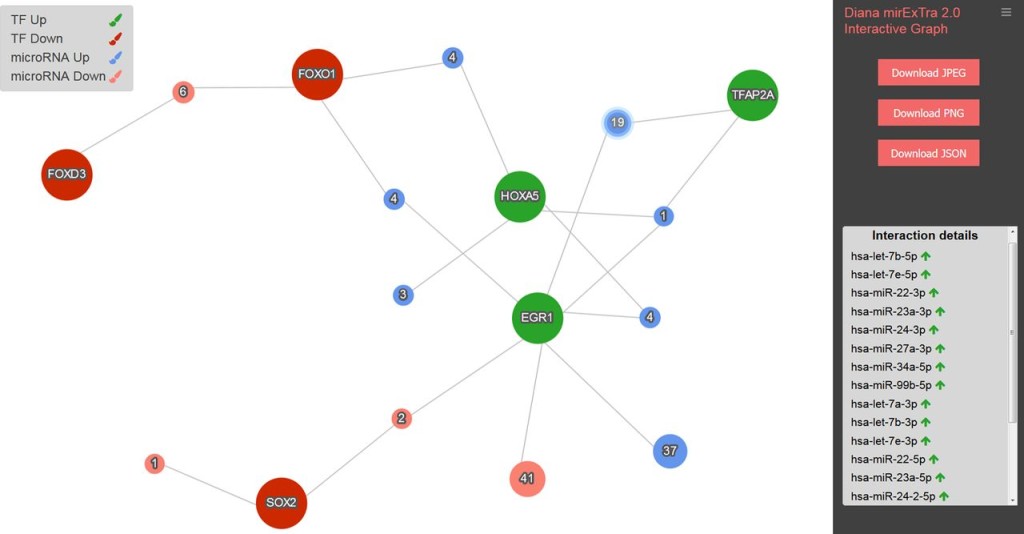 The network depicts up- and down-regulated TFs (green and red, respectively) along with their miRNA targets (blue and pink). The module was set to identify TFs functioning as activators and therefore targets and regulators tend to be correspondingly differentially expressed. Each regulator node (green/red nodes) hosts the regulator name, while target nodes (blue/pink nodes) depict the number of grouped targets. By selecting a target node all grouped targets are presented in the relevant pane (bottom right).

Availability – DIANA-mirExTra v2.0 has an intuitive user interface and is freely available to all users without any login requirement. http://www.microrna.gr/mirextrav2