Comparisons of the molecular framework among organisms can be done on both structural and functional levels. One of the most common top-down approaches for functional comparisons is RNA sequencing. This estimation of organismal transcriptional responses is of interest for understanding evolution of molecular activity, which is used for answering a diversity of questions ranging from basic biology to pre-clinical species selection and translation. However, direct comparison between species is often hindered by evolutionary divergence in structure of molecular framework, as well as large difference in the depth of our understanding of the genetic background between humans and other species. Here, researchers at Pfizer focus on the latter. They attempt to understand how differences in transcriptome annotation affect direct gene abundance comparisons between species.

The researchers examine and suggest some straightforward approaches for direct comparison given the current available tools and using a sample dataset from human, cynomolgus monkey, dog, rat and mouse with a common quantitation and normalization approach. In addition, they examine how variation in genome annotation depth and quality across species may affect these direct comparisons.

Their findings suggest that further efforts for better genome annotation or computational normalization tools may be of strong interest.

Disparity in transcriptome annotation between human and pre-clinical species 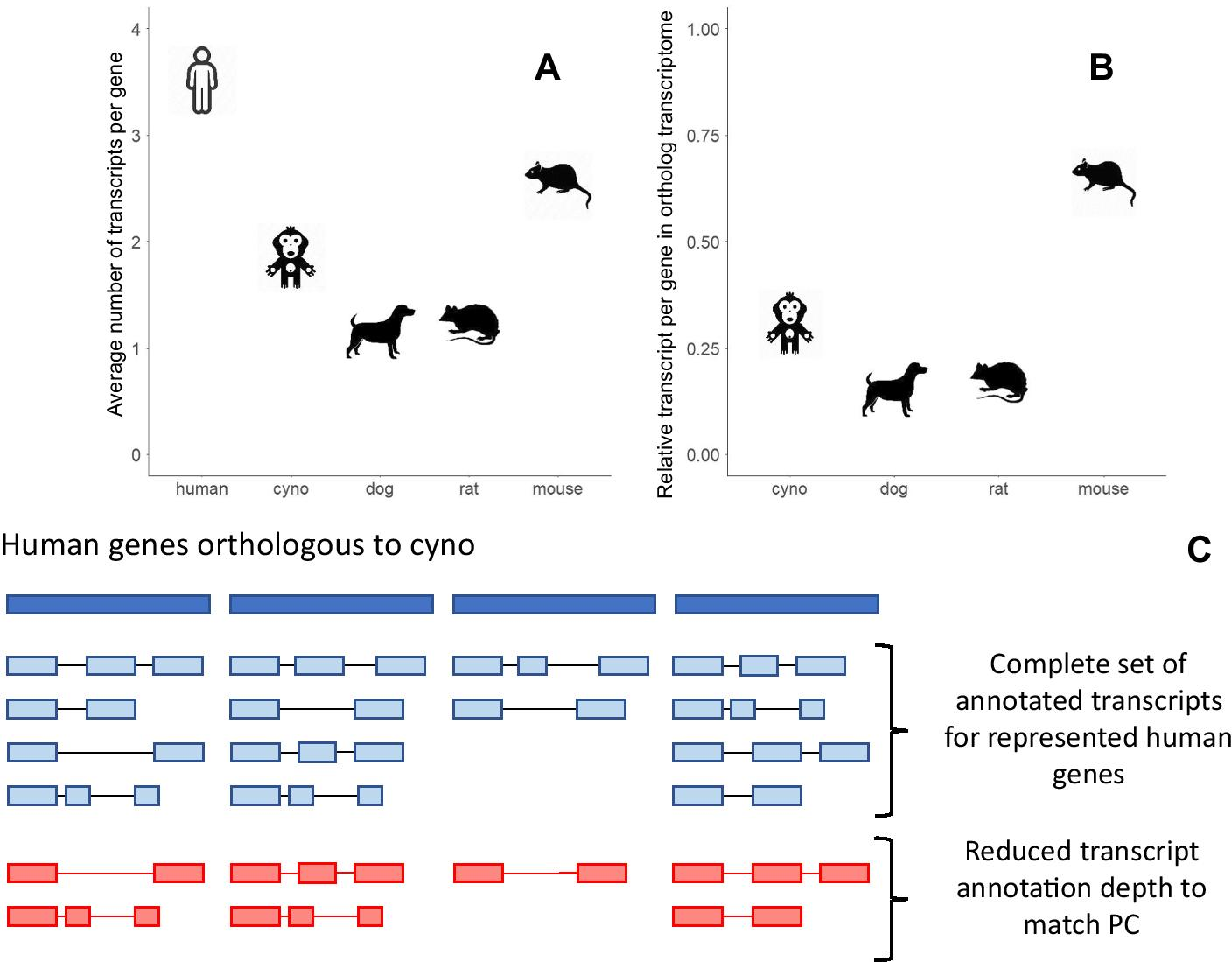