The causative agent of COVID-19 pandemic, SARS-CoV-2, has a 29,903 bases positive-sense single-stranded RNA genome. RNAs exhibit about 150 modified bases that are essential for proper function. Among internal modified bases, the N6-methyladenosine, or m6A, is the most frequent, and is implicated in SARS-CoV-2 immune response evasion. Although the SARS-CoV-2 genome is RNA, almost all genomes sequenced thus far are, in fact, reverse transcribed complementary DNAs. This process reduces the true complexity of these viral genomes because the incorporation of dNTPs hides RNA base modifications.

Researchers at UNIFESP present an initial exploration of Nanopore direct RNA sequencing to assess the m6A residues in the SARS-CoV-2 sequences of ORF3a, E, M, ORF6, ORF7a, ORF7b, ORF8, N, ORF10 and the 3′-untranslated region. The researchers identified fifteen m6A methylated positions, of which, six are in ORF N. Additionally, because m6A is associated with the DRACH motif, they compared its distribution in major SARS-CoV-2 variants. Although DRACH is highly conserved among variants, the researchers show that variants Beta and Eta have a fourth position C > U change in DRACH at 28,884b that could affect methylation. This is the first report of direct RNA sequencing of a Brazilian SARS-CoV-2 sample coupled with the identification of modified bases.

Assembly of Nanopore direct RNA reads to the reference sequence 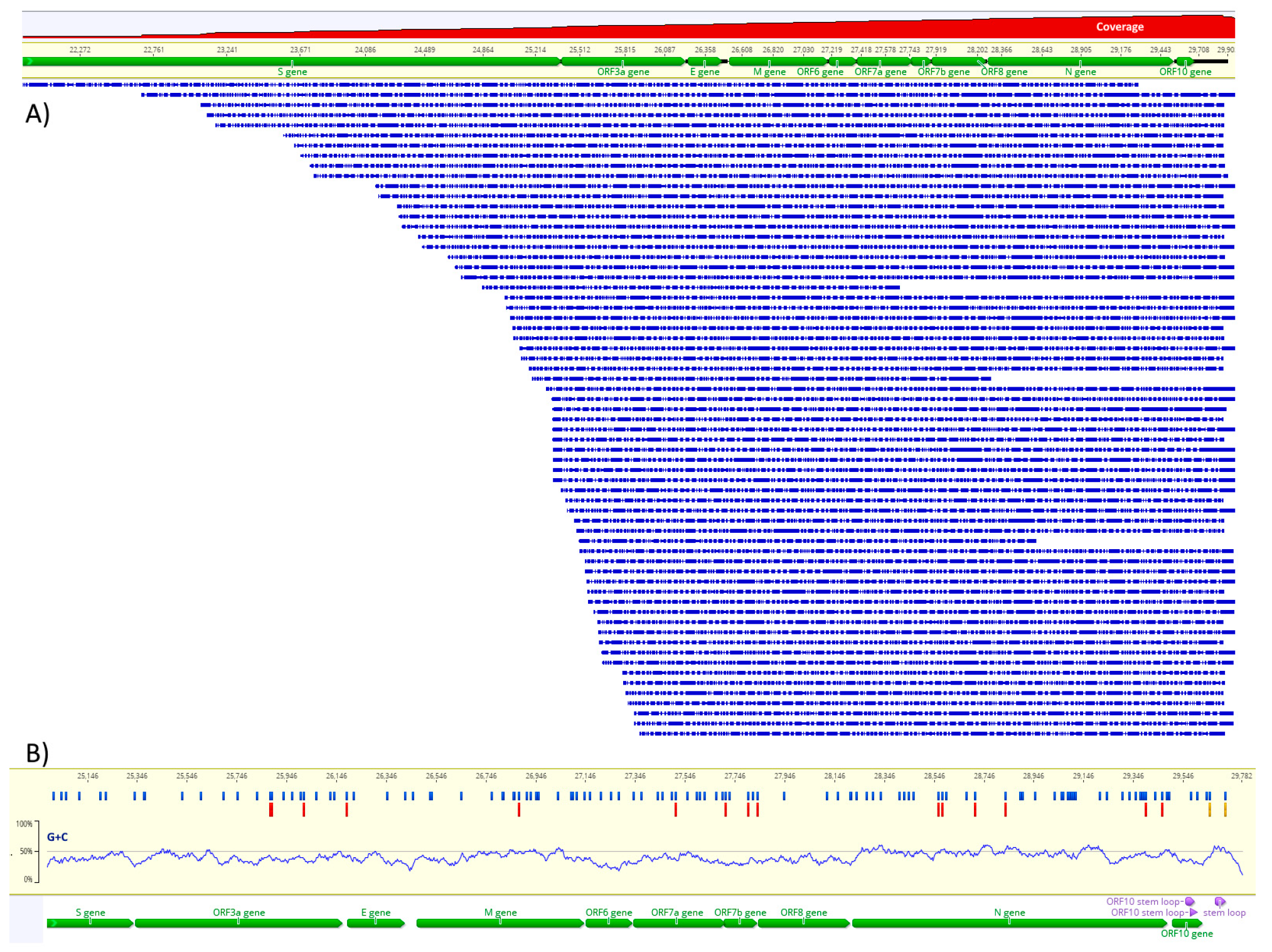