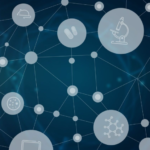 “The No. 1 thing is you’ve got to have passion. This rich passion for going ruthlessly after the problem and being deeply intellectually honest with yourself about whether this is a reasonable answer…. The second part is having the ability to be extremely clever with the data. And what I mean by that is: You’re working with ambiguity. And very often you can’t approach the problem with the rigor you would a homework assignment. The only way to survive through that is by being clever—to think of a different question that gets at the answer.”

In today’s world of massive datasets highly complex algorithms are needed to make sense of biological data. Over the past two decades bioinformatics has gone from a fringe field of science, to one of the fastest growing subfields of the life sciences. Bioinformatics has become an important part of many areas including: molecular biology, personalized medicine, gene therapy, and drug development2. Bioinformaticians are now an essential part of many research publications and discoveries, but the field has a long way to go.

Bioinformaticians work in clinical research labs, analyzing data, managing databases, and building algorithms designed to extract biological meaning from data. Even the scope of data they may work with is broad: ranging from gene expression traits in one individual, to characterizing the millions of organisms living in the human microbiome. Bioinformaticians are curious and analytical problem solvers, passionate, with long-term ambitions of a health system that is data driven, efficient and data informed treatments and therapies, drug developments, and cures for the diseases which have plagued society for millennia.

The hard work of the bioinformatician does not come without reward, and research institutions, big pharma companies, and technology companies snatch up bioinformatics students to manage their medical data. The average annual wage for a U.S. bioscience worker reached $94,543 in 2014, nearly double the overall U.S. private sector salary, and biotechnology specifically is the highest paid branch of the life sciences, followed by clinical research and genomics, fields increasingly populated by bioinformatics experts.

And the market itself is booming, with an expected growth of 21.2% between 2014 and 20202.  According to a 2016 report from the BIO International Convention3, the U.S. bioscience industry employs 1.66 million people, a figure that includes nearly 147,000 high-paying jobs created since 2001. Many are attracted to data science in general because of it’s lucrative salaries, but the excitement of discovery keeps bioinformaticians enthralled.

As bioinformatics advances it pushes the boundaries of what is known in science, and introduces possibilities which would be impossible without data insights. Bioinformaticians and are staged to change the face of research and discovery – and it’s all happening right. now.

With every disease outbreak, cancer treatment trial, or research study, bioinformaticians are increasingly involved, and taking on increasingly important roles.

2. Kumar, A and Chordia, M. Role of Bioinformatics in Biotechnology. Research and Review in Biosciences. Web. http://www.tsijournals.com/articles/role-of-bioinformatics-in-biotechnology.html.

Transcriptomic Changes of <em>Bemisia tabaci</em> Asia II 1 Induced by Chilli Leaf Curl Virus Trigger Infection and Circulation in Its Vector
16 May 2022
A Machine Learning Model Based on PET/CT Radiomics and Clinical Characteristics Predicts Tumor Immune Profiles in Non-Small Cell Lung Cancer: A Retrospective Multicohort Study
16 May 2022
Both the Complexity of Tight Junctions and Endothelial Transcytosis Are Increased During BBB Postnatal Development in Rats
16 May 2022
Transcription elongation is finely tuned by dozens of regulatory factors
16 May 2022
A Pyroptosis-Related Gene Signature Associated with Prognosis and Tumor Immune Microenvironment in Gliomas
16 May 2022
Transcriptome-Wide Analysis of RNA N<sup>6</sup>-Methyladenosine Modification in Adriamycin-Resistant Acute Myeloid Leukemia Cells
16 May 2022
Identification of Candidate Genes for Lint Percentage and Fiber Quality Through QTL Mapping and Transcriptome Analysis in an Allotetraploid Interspecific Cotton CSSLs Population
16 May 2022
<em>In vitro</em> evaluation of the response of human tendon-derived stromal cells to a novel electrospun suture for tendon repair
16 May 2022
Transcriptome Analysis Reveals the Molecular Response to Salinity Challenge in Larvae of the Giant Freshwater Prawn <em>Macrobrachium rosenbergii</em>
16 May 2022
Exosomal lncRNA LINC01356 Derived From Brain Metastatic Nonsmall-Cell Lung Cancer Cells Remodels the Blood-Brain Barrier
16 May 2022
ordinalbayes: Fitting Ordinal Bayesian Regression Models to High-Dimensional Data Using R
16 May 2022
The lysine deacetylase activity of HDAC1/2 is required to safeguard zygotic genome activation in mice and cattle
16 May 2022
Identification of candidate genes simultaneously shared by adipogenesis and osteoblastogenesis from human mesenchymal stem cells
16 May 2022
Population genomics provides insights into the genetic basis of adaptive evolution in the mushroom-forming fungus <em>Lentinula edodes</em>
16 May 2022
Integrated Methylome and Transcriptome Analysis Widen the Knowledge of Cytoplasmic Male Sterility in Cotton (<em>Gossypium barbadense</em> L.)
16 May 2022
High value-added application of a renewable bioresource as acaricide: Investigation the mechanism of action of scoparone against <em>Tetranychus cinnabarinus</em>
16 May 2022
CBL-Interacting Protein Kinase OsCIPK18 Regulates the Response of Ammonium Toxicity in Rice Roots
16 May 2022
Progresses in epigenetic studies of asthma from the perspective of high-throughput analysis technologies: a narrative review
16 May 2022
Characterization of a Novel Creeping Tartary Buckwheat (<em>Fagopyrum tataricum</em>) Mutant <em>lazy1</em>
16 May 2022
EGCG Alleviates Obesity-Induced Myocardial Fibrosis in Rats by Enhancing Expression of SCN5A
16 May 2022
Eutrema <em>EsMYB90</em> Gene Improves Growth and Antioxidant Capacity of Transgenic Wheat Under Salinity Stress
16 May 2022
Production of Triple-Gene (GGTA1, B2M and CIITA)-Modified Donor Pigs for Xenotransplantation
16 May 2022
Identification and Analysis of bZIP Family Genes in <em>Sedum plumbizincicola</em> and Their Potential Roles in Response to Cadmium Stress
16 May 2022
RNA-Seq Based Toxicity Analysis of Mesoporous Polydopamine Nanoparticles in Mice Following Different Exposure Routes
16 May 2022
nf-rnaSeqCount: A Nextflow pipeline for obtaining raw read counts from RNA-seq data
16 May 2022
CodY Is a Global Transcriptional Regulator Required for Virulence in Group B <em>Streptococcus</em>
16 May 2022
Identification of major candidate genes for multiple abiotic stress tolerance at seedling stage by network analysis and their validation by expression profiling in rice (<em>Oryza sativa</em> L.)
16 May 2022
Comparative Transcriptome Analysis of Fungal Pathogen <em>Bipolaris maydis</em> to Understand Pathogenicity Behavior on Resistant and Susceptible Non-CMS Maize Genotypes
16 May 2022
Modulation of Cholesterol Pathways in Human Macrophages Infected by Clinical Isolates of <em>Leishmania infantum</em>
16 May 2022
Mapping and Validation of scRNA-Seq-Derived Cell-Cell Communication Networks in the Tumor Microenvironment
16 May 2022
Detection of Chimeric Cellular: HIV mRNAs Generated Through Aberrant Splicing in HIV-1 Latently Infected Resting CD4+ T Cells
16 May 2022
Toxicity and action mechanisms of silver nanoparticles against the mycotoxin-producing fungus <em>Fusarium graminearum</em>
16 May 2022
Time-Course Transcriptome Analysis of Lungs From Mice Infected With Hypervirulent <em>Klebsiella pneumoniae via</em> Aerosolized Intratracheal Inoculation
16 May 2022
Zebrafish as a Model to Unveil the Pro-Osteogenic Effects of Boron-Vitamin D3 Synergism
16 May 2022
Traditional Chinese Medicine Tanreqing Targets Both Cell Division and Virulence in <em>Staphylococcus aureus</em>
16 May 2022
Expression of colorectal neoplasia differentially expressed in anaplastic thyroid carcinoma and its effect on cancer cell proliferation
16 May 2022
An Optimized Tissue Dissociation Protocol for Single-Cell RNA Sequencing Analysis of Fresh and Cultured Human Skin Biopsies
16 May 2022
Acute Cerebral Ischemia Increases a Set of Brain-Specific miRNAs in Serum Small Extracellular Vesicles
16 May 2022
Improved Methods for Deamination-Based m<sup>6</sup>A Detection
16 May 2022
Characterization of Acetylation of Histone H3 at Lysine 9 in the Trigeminal Ganglion of a Rat Trigeminal Neuralgia Model
16 May 2022
Epitranscriptomic mapping of RNA modifications at single-nucleotide resolution using rhodamine sequencing (Rho-seq)
16 May 2022
Differential Long Non-Coding RNA Expression Analysis in Chronic Non-Atrophic Gastritis, Gastric Mucosal Intraepithelial Neoplasia, and Gastric Cancer Tissues
16 May 2022
Single-Cell Transcriptome Analysis Reveals the Importance of IRF1/FSTL1 in Synovial Fibroblast Subsets for the Development of Rheumatoid Arthritis
16 May 2022
The WalRK Two-Component System Is Essential for Proper Cell Envelope Biogenesis in Clostridioides difficile
16 May 2022
2D-DIGE based proteome analysis of wheat-Thinopyrum intermedium 7XL/7DS translocation line under drought stress
15 May 2022
Prognostic significance of different molecular typing methods and immune status based on RNA sequencing in HR-positive and HER2-negative early-stage breast cancer
15 May 2022
m6A demethylase FTO promotes tumor progression via regulation of lipid metabolism in esophageal cancer
15 May 2022
DAE-TPGM: A deep autoencoder network based on a two-part-gamma model for analyzing single-cell RNA-seq data
15 May 2022
Transcriptomic profiles of Florida pompano (Trachinotus carolinus) gill following infection by the ectoparasite Amyloodiniumocellatum
15 May 2022
DELAY OF GERMINATION 1 (DOG1) regulates dormancy in dimorphic seeds of Xanthium strumarium
15 May 2022