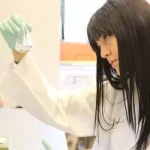 In Nathaniel Heintz’s molecular biology lab at Rockefeller University, scientists study brain function and dysfunction under a wide array of conditions, from drug abuse to depression. Marian Mellén, a postdoctoral fellow in the lab, is using RNA-seq and other data to elucidate the neurological changes seen in autism.

The Heintz lab masterminded a novel technique called TRAP, for translating ribosome affinity purification, that allows scientists to isolate mRNAs from ribosomes in specific cell types without actually isolating those cells from a heterogeneous tissue. Mellén relies on the TRAP technique to study gene expression differences in neurons in autistic animal models. She profiles neurons from various regions of the brain, including the cerebellum, cortex, and hypothalamus. At the end of an experiment, she has RNA-seq results from the whole tissue or section of tissue, as well as more specific RNA-seq data from the particular cell type she has targeted using TRAP.

With reams of RNA-seq data, Mellén needed a great analysis tool. As a biologist rather than a bioinformatics expert, Mellén evaluated options and chose the Maverix Analytic Platform, which was designed by computational and biomedical experts to be an easy-to-use tool for scientists.

With the pay-as-you-go Maverix Analytic Platform for RNA-seq data, Mellén has been able to perform her own analyses, choosing between preconfigured pipelines to compare results from different algorithms. She also streamlined data analysis across the Heintz lab to enable collaboration and better data comparison from different experiments.

In 2013, Mellén became the first person in the lab to try out the cloud-based tool with preconfigured RNA-seq pipelines built around best-in-class analysis tools. She saw immediately that the Maverix platform offered a user-friendly approach to complex analysis, in a way that would help everyone in the lab be consistent in data analysis. “It’s the first platform we’ve found that lets you understand your data without knowing any bioinformatics,” she says. Since then, Mellén has analyzed hundreds of samples with the tool; the pay-as-you-go model ensures that she never has to worry about capacity or running samples on a prescribed schedule.

Designed for biologists, the Maverix Analytic Platform accepts raw sequencing files, conducts quality control and read trimming, maps data to the genome, performs differential expression analysis, and displays results in whatever is easiest for the user: scatterplots, interactive heatmaps, or an integrated version of the UCSC genome browser. “It gives us exactly what we need — statistics, different graphs, different ways to understand your data — everything that makes your data apply to you,” Mellén says. “And it is very simple to use.”

To find out more about Mellén’s work, her interest in neurons, and how she’s using the Maverix Analytic Platform, read the full case study.