The functional study on circRNAs has been increasing in the past decade due to its important roles in micro RNA sponge, protein coding, the initiation, and progression of diseases. The study of circRNA functions depends on the full-length sequences of circRNA, and current sequence assembly methods based on short reads face challenges due to the existence of linear transcript. Long reads produced by long-read sequencing techniques such as Nanopore technology can cover full-length sequences of circRNA and therefore can be used to evaluate the correctness and completeness of circRNA full sequences assembled from short reads of the same sample.

Using long reads of the same samples, one from human and the other from mouse, researchers from the Chinese Academy of Sciences have comprehensively evaluated the performance of several well-known circRNA sequence assembly algorithms based on short reads, including circseq_cup, CIRI_full, and CircAST. 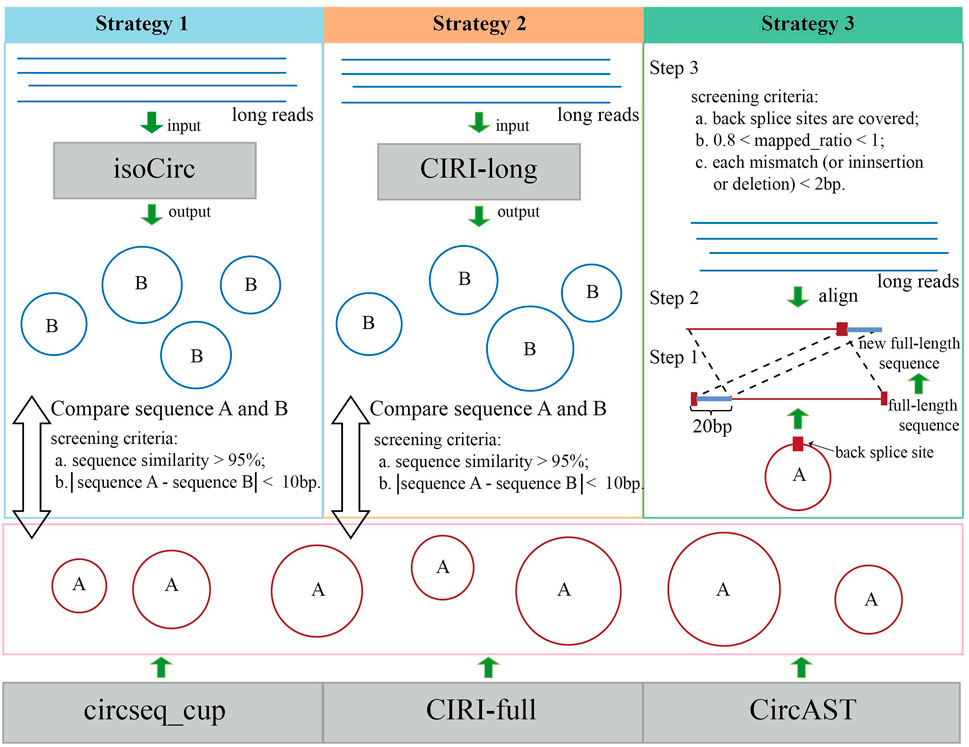 Based on the F1 score, the performance of CIRI-full was better in human datasets, whereas in mouse datasets CircAST was better. In general, each algorithm was developed to handle special situations or circumstances. These results indicated that no single assembly algorithm generated better performance in all cases. Therefore, these assembly algorithms should be used together for reliable full-length circRNA sequence reconstruction. After analyzing the results, the researchers have introduced a screening protocol that selects out exonic circRNAs with full-length sequences consisting of all exons between back splice sites as the final result. After screening, CIRI-full showed better performance for both human and mouse datasets. The average F1 score of CIRI-full over four circRNA identification algorithms increased from 0.4788 to 0.5069 in human datasets, and it increased from 0.2995 to 0.4223 in mouse datasets.