High-throughput sequencing has transformed the study of gene expression levels through RNA-seq, a technique that is now routinely used by various fields, such as genetic research or diagnostics. The advent of third generation sequencing technologies providing significantly longer reads opens up new possibilities. However, the high error rates common to these technologies set new bioinformatics challenges for the gapped alignment of reads to their genomic origin.

In this study, researchers at the University of Zagreb have explored how currently available RNA-seq splice-aware alignment tools cope with increased read lengths and error rates. All tested tools were initially developed for short NGS reads, but some have claimed support for long PacBio or even ONT MinION reads. The tools were tested on synthetic and real datasets from the PacBio and ONT MinION technologies, and both alignment quality and resource usage were compared across tools. The effect of error correction of long reads was explored, both using self-correction and correction with an external short reads dataset. A tool was developed for evaluating RNA-seq alignment results. This tool can be used to compare the alignment of simulated reads to their genomic origin, or to compare the alignment of real reads to a set of annotated transcripts. These tests show that while some RNA-seq aligners were unable to cope with long error-prone reads, others produced overall good results. The researchers further show that alignment accuracy can be improved using error-corrected reads. 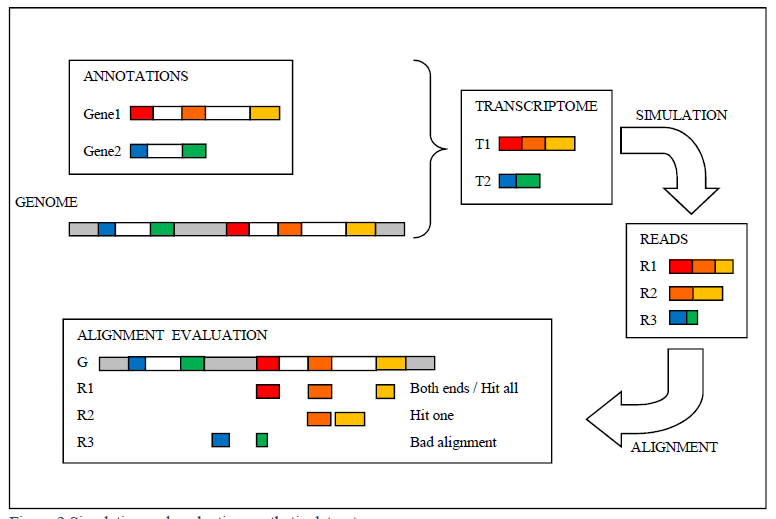