Overview of the methods used to generate the RNA-seq libraries 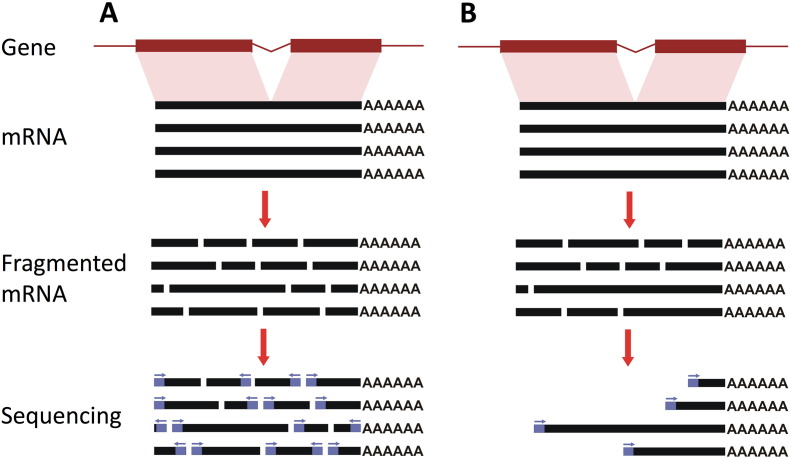 (A) In the classic RNA-seq procedure, the RNA is fragmented and converted into cDNA using small primers of random sequence. (B) In the 3′ RNA-seq library, the mRNA molecules are randomly fragmented, generating fragments of different lengths. After fragmentation, only the 3′ portion of an mRNA molecule is selected using poly-T oligonucleotide baits attached to magnetic beads. The selected fragments (one per molecule) are then directionally sequenced.