from The Scientist by Kate Yandell

Researchers create a phylogenetic tree of insects by comparing the sequences of 1,478 protein-coding genes among species.

The study authors, who are part of an international consortium working on the 1K Insect Transcriptome Evolution (1KITE) project, began their work in 2011 in hopes of using newly available sequencing technology to clarify insect relationships previously only investigated using morphological evidence or smaller molecular datasets. They sequenced transcriptomes from 103 insect species distributed across all living insect orders. They also drew data from previously published whole-genome sequences of 14 arthropod species, as well as from transcriptomes of 27 additional species. They then narrowed down their genetic data to 1,478 protein-coding genes that are present in all of the species analyzed.

By comparing differences and similarities between the sequences of these protein-coding genes, as well as the sequences of amino acids the genes encode, the researchers were able to create a tree showing the relationships between 144 insect genuses. This confirmed many relationships, while also drawing some unexpected conclusions, Grimaldi said. For instance, he said it was surprising but plausible that a blind, wingless order called the Diplura is not lumped with another group of similar primitive invertebrates, the springtails, but rather are their own sister group to insects. Less surprising was the finding that primitive crustaceans called Remipedia are the closest non-extinct relatives to insects. 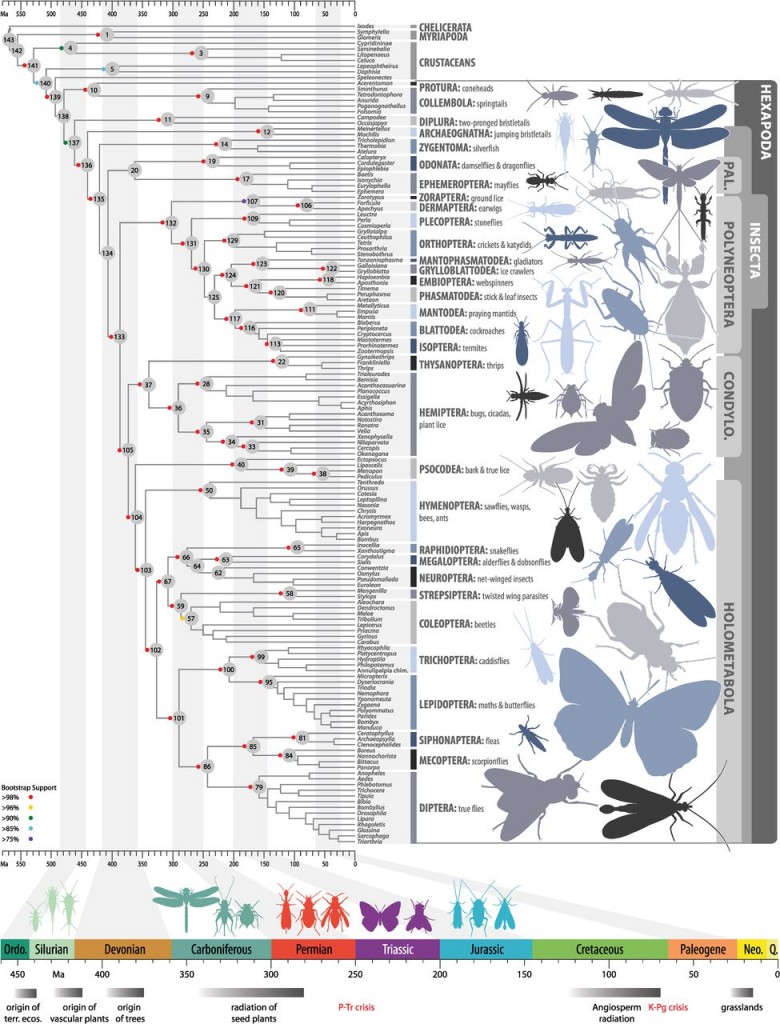