Movement of RNAs between cells of a single plant is well documented, but cross-species RNA transfer is largely unexplored. Cuscuta pentagona (dodder) is a parasitic plant that forms symplastic connections with its hosts and takes up host messenger RNAs (mRNAs).

Researchers from Virginia Tech and Penn State Universities sequenced transcriptomes of Cuscuta growing on Arabidopsis and tomato hosts to characterize mRNA transfer between species and found that mRNAs move in high numbers and in a bidirectional manner. The mobile transcripts represented thousands of different genes, and nearly half the expressed transcriptome of Arabidopsis was identified in Cuscuta. These findings demonstrate that parasitic plants can exchange large proportions of their transcriptomes with hosts, providing potential mechanisms for RNA-based interactions between species and horizontal gene transfer. 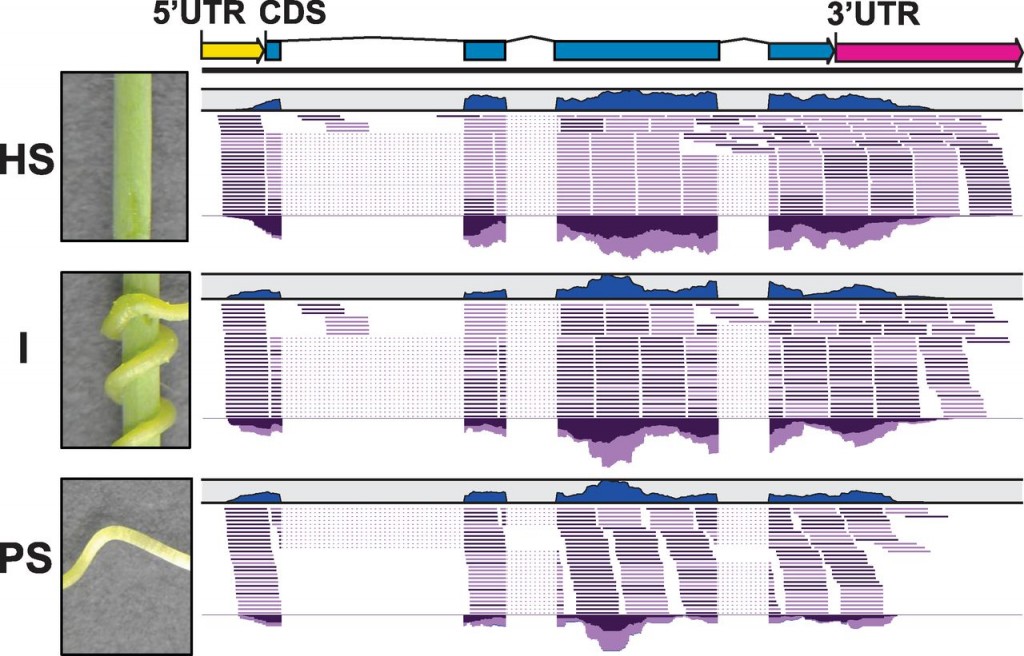