Graphite Bio, a clinical-stage, next-generation gene editing company harnessing the power of high-efficiency precision gene repair to develop therapies with the potential to treat or cure serious diseases, today presented preclinical results supporting the use of a single-cell RNA sequencing method to assess gene correction outcomes in patients treated with nulabeglogene autogedtemcel (nula-cel), an investigational gene-edited therapy for sickle cell disease (SCD). The findings are being presented in a poster session at the 64th American Society of Hematology (ASH) Annual Meeting & Exposition taking place virtually and at the Ernest N. Morial Convention Center in New Orleans.

Based on this knowledge, Graphite Bio scientists sought to develop a single-cell RNA sequencing method that could measure gene editing outcomes in reticulocytes. To establish proof-of-concept and evaluate the accuracy of the method, researchers measured the genetic makeup of reticulocytes from healthy donors (AA), people with sickle cell trait (AS) and those with sickle cell disease (SS), first in a mixture of AA:SS reticulocytes and then in a more complex mixture of AA:AS:SS reticulocytes. Results from both experiments demonstrated the single-cell RNA sequencing method’s ability to precisely and reproducibly measure and differentiate the AA, AS and SS reticulocytes. These data support the use of this method to determine initial gene editing outcomes in patients treated with nula-cel in order to support the clinical development of this investigational therapy.

The poster is now available on the Graphite Bio website 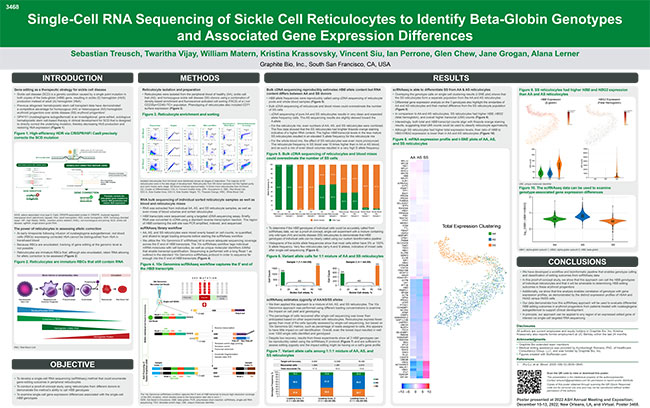 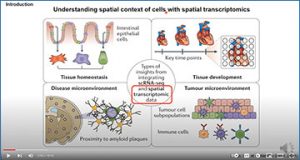 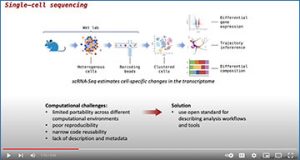