Hypoxia is a critical aspect of the glioma microenvironment and has been associated with poor prognosis and resistance to various therapies. However, the mechanisms responsible for hypoxic survival of glioma cells remain unclear. Recent studies strongly suggest that microRNAs act as critical mediators of the hypoxic response.

With this study, researchers at the Indian Institute of Technology present the first detailed analysis of small RNA transcriptome of cell line U87MG, a grade IV glioma cell ,line, and its alteration under hypoxic condition.

Based on deep sequencing and microarray data, they identify a set of hypoxia regulated microRNAs, with the miR-210-3p and its isomiRs showing highest induction, in GBM cell lines U87MG and U251MG. Interestingly, certain hypoxia-induced miRNAs are also known to be over-expressed in GBM tumors, suggesting that hypoxia may be one of the factors involved in establishing the miRNA signature of GBM. Transcription factor binding sites for Hypoxia inducible factor 1 A (HIF1A) were identified in the promoter region (5 kb upstream) of 30 hypoxia-induced miRNAs. 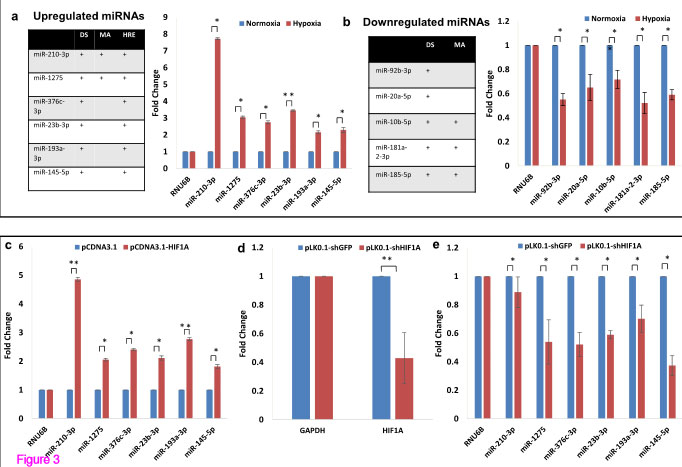 Overall, this study reveals a novel miRNA signature of hypoxia in GBM and suggests miR-210-3p to be an oncogenic player and a novel potential intrinsic marker of hypoxia in glioblastoma.