The advent of Next Generation Sequencing technologies and corresponding bioinformatics tools allows the definition of transcriptomes in non-model organisms. Non-model organisms are of great ecological and biotechnological significance, and consequently the understanding of their unique metabolic pathways is essential. Several methods that integrate de novo assembly with genome-based assembly have been proposed. Yet, there are many open challenges in defining genes, particularly where genomes are not available or incomplete. Despite the large numbers of transcriptome assemblies that have been performed, quality control of the transcript building process, particularly on the protein level, is rarely performed if ever.

To test and improve the quality of the automated transcriptome reconstruction, researchers at the Weizmann Institute of Science, Israel used manually defined and curated genes, several of them experimentally validated. Several approaches to transcript construction were utilized, based on the available data: a draft genome, high quality RNAseq reads, and ESTs. In order to maximize the contribution of the various data, they integrated methods including de novo and genome based assembly, as well as EST clustering. After each step a set of manually curated genes was used for quality assessment of the transcripts. The interplay between the automated pipeline and the quality control indicated which additional processes were required to improve the transcriptome reconstruction. The researchers discovered that E. huxleyi has a very high percentage of non-canonical splice junctions, and relatively high rates of intron retention, which caused unique issues with the currently available tools. While individual tools missed genes and artificially joined overlapping transcripts, combining the results of several tools improved the completeness and quality considerably. The final collection, created from the integration of several quality control and improvement rounds, was compared to the manually defined set both on the DNA and protein levels, and resulted in an improvement of 20% versus any of the read-based approaches alone. 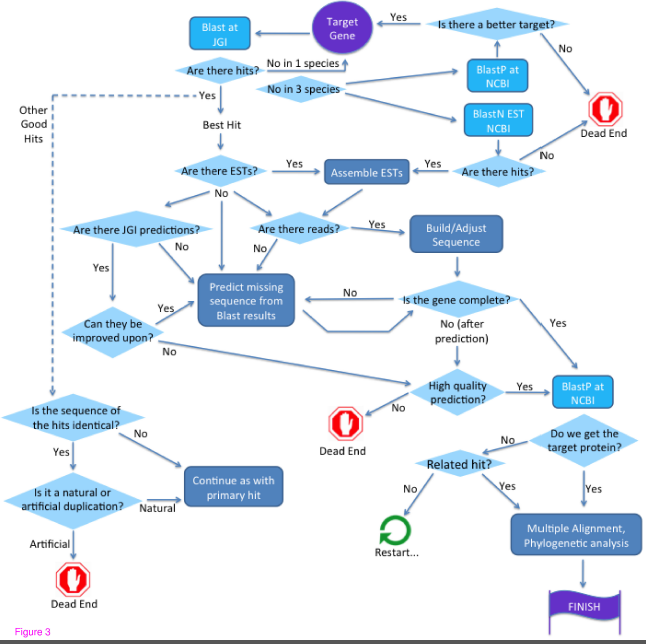