Is RNA-Seq the best method to measure tissue specificity of gene expression?

One of the major properties of genes is their expression pattern. Notably, genes are often classified as tissue specific or housekeeping. This property is of interest to molecular evolution as an explanatory factor of, e.g. evolutionary rate, as well as a functional feature which may in itself evolve. While many different methods of measuring tissue specificity have been proposed and used for such studies, there has been no comparison or benchmarking of these methods to our knowledge, and little justification of their use.

In this study, researchers from the University of Lausanne compare nine measures of tissue specificity. Most methods were established for ESTs and microarrays, and several were later adapted to RNA-seq. They analyse their capacity to distinguish gene categories, their robustness to the choice and number of tissues used and their capture of evolutionary conservation signal. 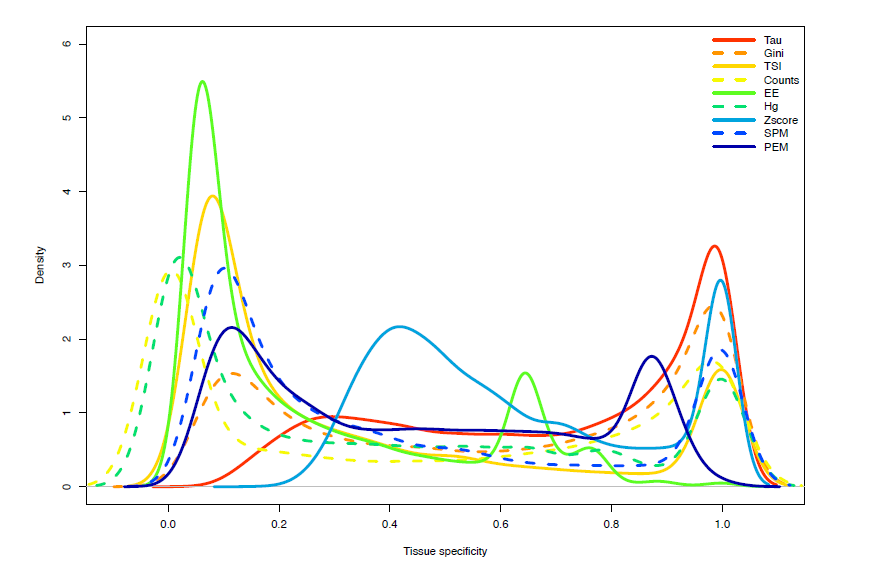