Biological systems are driven by intricate interactions among molecules. Many methods have been developed that draw on large numbers of expression samples to infer connections between genes (or their products). The result is an aggregate network representing a single estimate for the likelihood of each interaction, or “edge,” in the network. Although informative, aggregate models fail to capture population heterogeneity.

Researchers at the University of Oslo and Harvard Medical School have developed a method to reverse engineer sample-specific networks from aggregate networks. The researchers demonstrate their approach in several contexts, including simulated, yeast microarray, and human lymphoblastoid cell line RNA sequencing data. They use these sample-specific networks to study changes in network topology across time and to characterize shifts in gene regulation that were not apparent in the expression data. They believe that generating sample-specific networks will greatly facilitate the application of network methods to large, complex, and heterogeneous multi-omic datasets, supporting the emerging field of precision network medicine.

Overview of LIONESS Approach and Evaluation 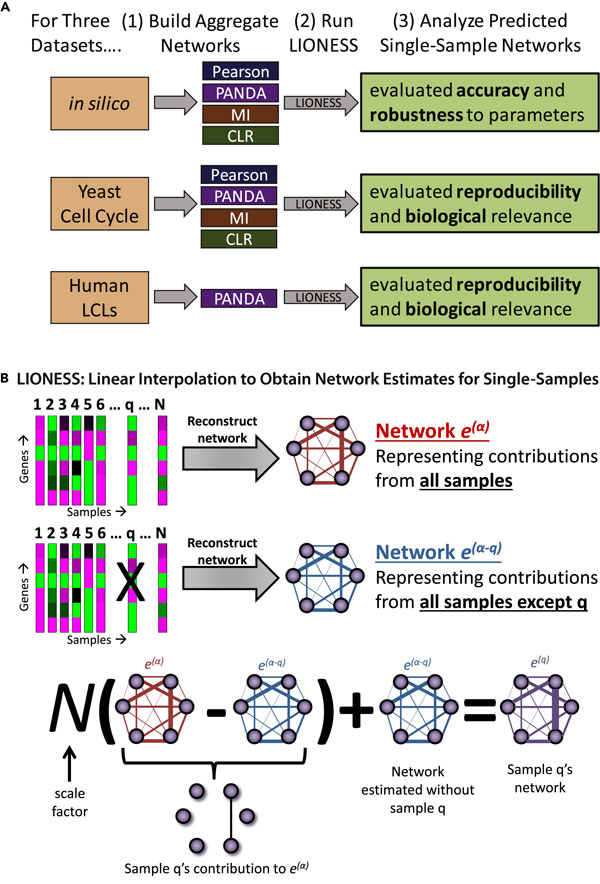 (B) Visual illustration of how LIONESS estimates the network for a single sample based on two aggregate network models, one reconstructed using all biological samples in a given dataset and the other using all except the sample of interest (q). 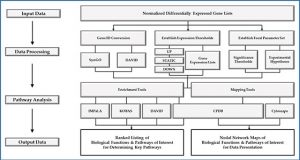 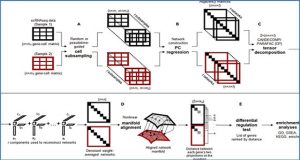 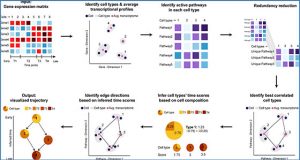