The GENCODE project has collected over 10,000 human long non-coding RNA (lncRNA) genes. However, the vast majority of them remain to be functionally characterized. Computational investigation of potential functions of human lncRNA genes is helpful to guide further experimental studies on lncRNAs.

In this study, based on expression correlation between lncRNAs and protein-coding genes across 19 human normal tissues, researchers from the Harbin Institute of Technology used the hypergeometric test to functionally annotate a single lncRNA or a set of lncRNAs with significantly enriched functional terms among the protein-coding genes that are significantly co-expressed with the lncRNA(s). The functional terms include all nodes in the Gene Ontology (GO) and 4,380 human biological pathways collected from 12 pathway databases. The researchers then developed the first ontology-driven user-friendly web interface named lncRNA2Function, which enables researchers to browse the lncRNAs associated with a specific functional term, the functional terms associated with a specific lncRNA, or to assign functional terms to a set of human lncRNA genes, such as a cluster of co-expressed lncRNAs. 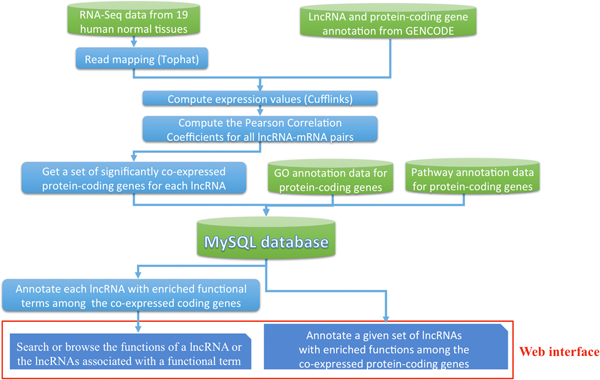 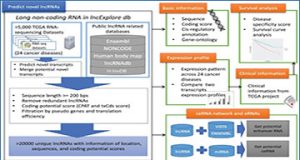