Long noncoding RNAs in cancer – from discovery to therapeutic targets 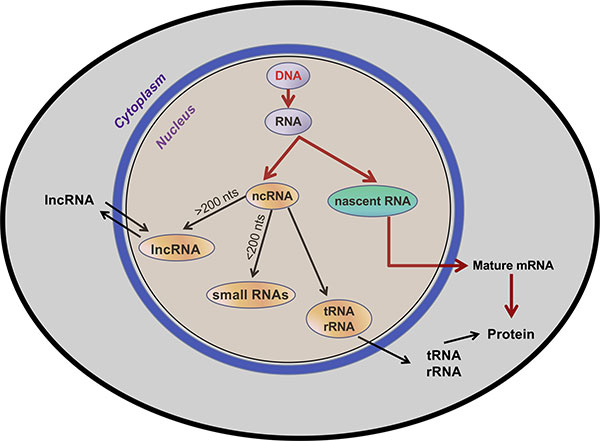 Long noncoding RNAs (lncRNAs) have recently gained considerable attention as key players in biological regulation; however, the mechanisms by which lncRNAs govern various disease processes remain mysterious and are just beginning to be understood. The ease of next-generation sequencing technologies has led to an explosion of genomic information, especially for the lncRNA class of noncoding RNAs. LncRNAs exhibit the characteristics of mRNAs, such as polyadenylation, 5′ methyl capping, RNA polymerase II-dependent transcription, and splicing. These transcripts comprise more than 200 nucleotides (nt) and are not translated into proteins. Directed interrogation of annotated lncRNAs from RNA-Seq datasets has revealed dramatic differences in their expression, largely driven by alterations in transcription, the cell cycle, and RNA metabolism. The fact that lncRNAs are expressed cell- and tissue-specifically makes them excellent biomarkers for ongoing biological events. Notably, lncRNAs are differentially expressed in several cancers and show a distinct association with clinical outcomes. Novel methods and strategies are being developed to study lncRNA function and will provide researchers with the tools and opportunities to develop lncRNA-based therapeutics for cancer.