Recently, a number of protocols extending RNA-sequencing to the single-cell regime have been published. However, we were concerned that the additional steps to deal with such minute quantities of input sample would introduce serious biases that would make analysis of the data using existing approaches invalid.

In this study, researchers from the University of California, Berkeley performed a critical evaluation of several of these low-volume RNA-seq protocols, and found that they performed slightly less well in per-gene linearity of response, but with at least two orders of magnitude less sample required. They also explored a simple modification to one of these protocols that, for many samples, reduced the cost of library preparation to approximately $20/sample. 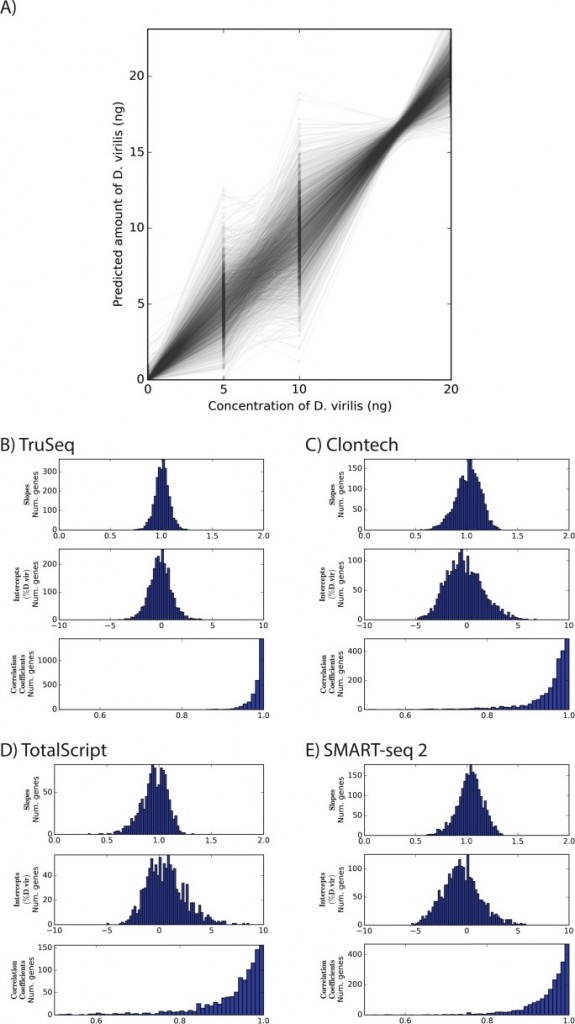