Hundreds of researchers from 61 institutions have contributed to a collaborative sequence-based ecological study that is attempting to get a handle on the microalgae that populate the sea.

Unlike the prokaryotic bacteria, for which there is a database of thousands of complete genomes backed up by studies on phylogenetic relationships between molecular sequences, the number of available genomes for eukaryotes is small. Not to mention marine eukaryotes, which are poorly represented when it comes to genomics. 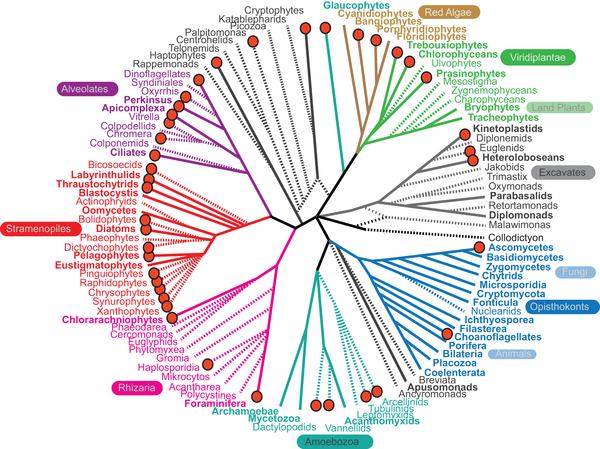 “This study is the first large-scale attempt to get reference data on marine eukaryotic plankton; that is, unicellular, microscopic organisms such as microalgae, whose genomes can be up to 100 times the size of the human genome,” said ARC Future Fellow, Associate Professor Shauna Murray, an expert on the genetics of marine biotoxins from UTS. “Because of the large size of their genomes, it has been virtually impossible to get genetic information to ‘catalogue’ these marine organisms, and therefore scientists have little data needed to answer fundamental questions about ocean productivity and the implications for both human and ecosystem health.”

The study created over 650 assembled, functionally annotated transcriptomes, mostly from the more abundant and ecologically significant microbial eukaryotes in the oceans.

The data, which are publicly available, have been assembled and annotated by homology with existing databases, which has provided baseline information on gene function.

Researchers nominated the species and strain they wanted to look at based on phylogeny, environmental and ecological importance, physiological impact, and other diverse criteria.

Associate Professor Murray and her Seafood Safety team within The Plant Functional Biology and Climate Change Cluster at UTS chose to look at a target marine algae species that has recently been a major problem for Australian fisheries and aquaculture industries.

The work provides some of the first insights into this diverse group of organisms, some of which produce marine biotoxins that have the potential to damage the seafood industry and impact human health.

The importance of research in this field is emphasised by data that suggests elevated seawater temperatures and disturbance to coral reefs are promoting the development of harmful algal blooms in the Asia-Pacific region.

“This collaboration is very significant for Australia because the data generated will aid in the design of novel genetic tools for detecting marine biotoxins. Next steps are to investigate similar organisms, and to use sophisticated bioinformatics tools to target genes and regions that may be useful for future toxin detection work,” said Associate Professor Murray.

The transcriptomes are readily available through the Camera Data Distribution Center, in which all MMETSP data have been automatically deposited.

The study was published in PLoS Biology.