New research from the Okinawa Institute of Science and Technology Graduate University (OIST) and Tokyo University of Marine Science and Technology has resulted in a useful genetic resource on the kuruma shrimp. These are one of the largest species of prawn (females can reach 27cm in length!) and are found throughout the Indian and Pacific Oceans. In Japan, they’re considered a delicacy and have been a major fisheries and aquaculture product (especially in Okinawa) since the early 20th century. But a big problem with the shrimp farms is that the high density of the animal means that diseases spread quickly. 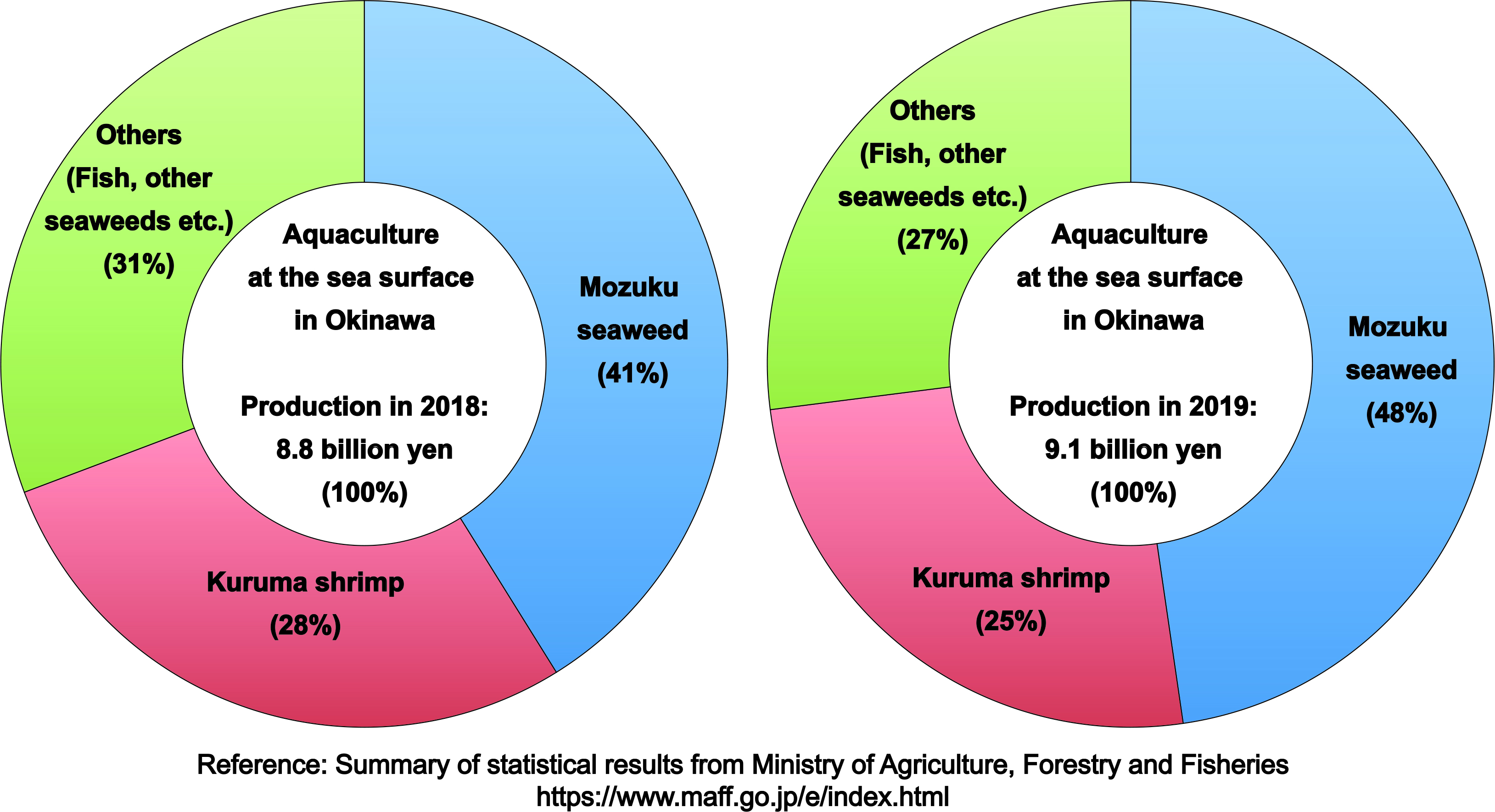 Kuruma Shrimp are an important aquaculture product in Okinawa, second only to mozuku seaweed.

One concerning disease is a viral infection called white spot disease, which is one of the most threatening pathogens to shrimp aquaculture worldwide. It is lethal and highly contagious; outbreaks have wiped out entire farms in just a few days.

“We’re interested in the relationship between aquaculture animals and disease-related bacteria and viruses,” explained Dr. Eiichi Shoguchi, a Group Leader in the Marine Genomics Unit at OIST. “Having this genetic resource on hand could be useful for producing a disease-resistant line of the shrimp or vaccines.”

A genome is the full set of genetic information found in every cell. It is subdivided into genes. These genes are made up of DNA base pairs and each gene contains the instructions needed to create a protein, and thus leads to the proper care and maintenance of a cell. For the instructions to be carried out, the DNA must first be transcribed into RNA. A transcriptome is a collection of all these gene readouts. In some ways, the transcriptome can be considered a reflection of the genome. Some genes might be related to disease resistance, and some individuals may contain variations of these gene that leads to stronger resistance. If these genes can be identified, then it could be possible to establish a disease-resistant line of shrimp. 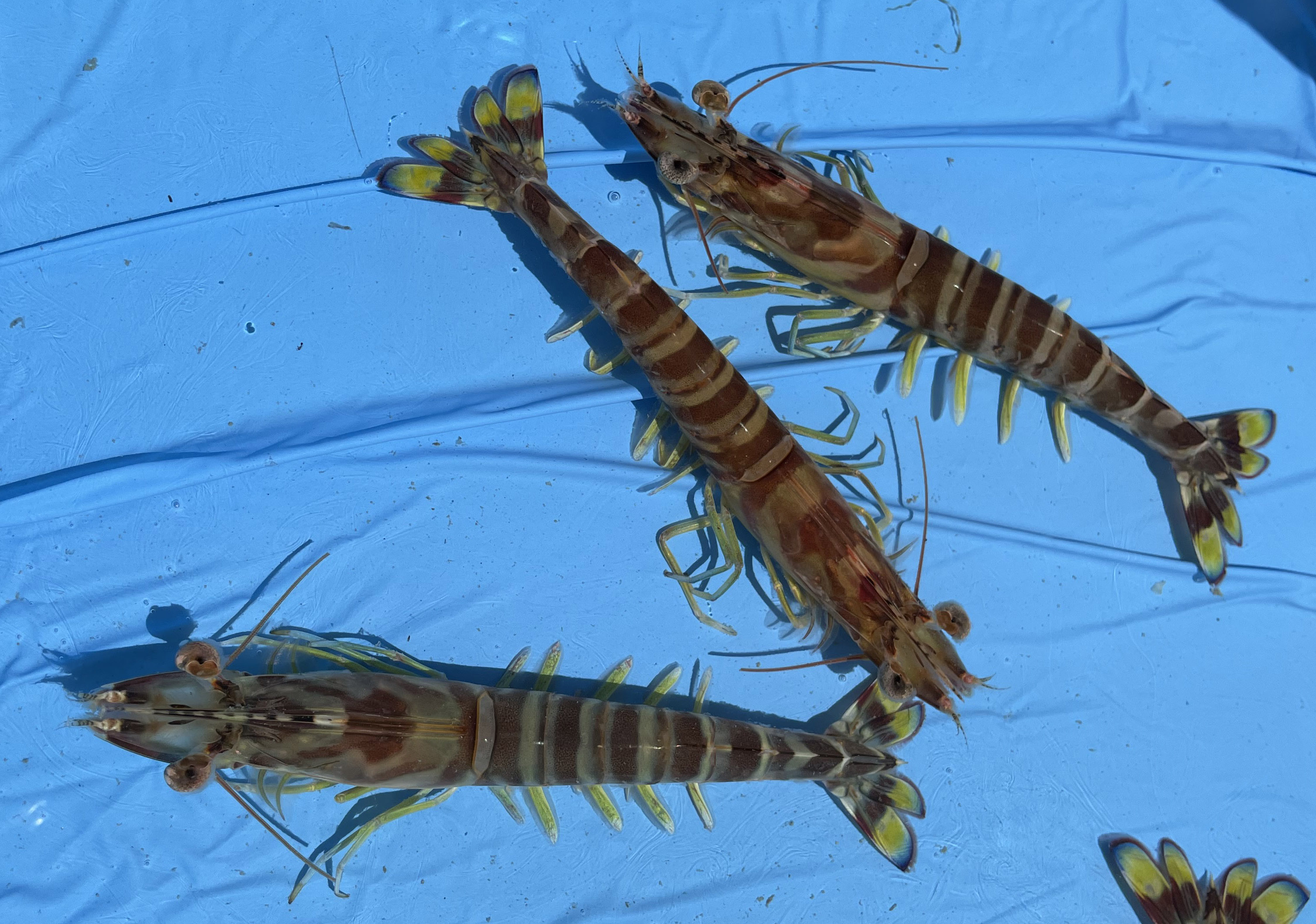 Kuruma shrimp are considered a delicacy in Japan.

Firstly, the researchers focused on deciphering the genome. They took one kuruma shrimp from a commercial farm in Okinawa and generated the initial sequences. This produced many short DNA sequences which, although useful, didn’t provide the researchers with enough clues to string them together. Essentially, they had all the pieces of a puzzle but no way of assembling it. They then used a second technology to produce longer, but less precise, DNA sequences–the scaffolding of the genome. By bringing the two sequences together they were able to assemble a draft of the genome.

Following this, the researchers analyzed 49 RNA samples of different shrimp individuals (including both adults and larvae). This provided them with 66,406 high-quality gene readouts—the draft of the transcriptome.

“The kuruma shrimp genome provides us with a comprehensive catalog of immune-related genes,” explained Mr. Satoshi Kawato, lead author of the paper and PhD student at the Laboratory of Genome Science, Tokyo University of Marine Science and Technology. “This will allow us to better understand how shrimp respond to pathogens and will aid in developing strategies for preventing disease outbreaks. The genomic resources will also help address various other aspects of shrimp biology, such as growth and reproduction.”

When their work was compared to that of the kuruma shrimp’s relatives—the giant tiger prawn and the whiteleg shrimp—nearly 70% genes was found to be the same across all three species, meaning that a high number of genes have been preserved.

“We think that this will serve as a useful resource for future research to understand the shrimp’s basic biology,” concluded Dr. Shoguchi. “But it could also be used for fishery management and to establish a breeding program.”