Using next-generation RNA sequencing, the UPSeq test assesses 15 biomarkers to find aggressive prostate cancer that can be missed by biopsies or imaging tests.

The team used machine learning, a form of artificial intelligence, to zero in on 15 RNA transcripts that together create a “liquid biopsy” that outperformed the standard prostate-specific antigen blood test alone, a previous test developed at U-M called Michigan Prostate Score (MiPS) and several other existing biomarker tests, according to findings published in European Urology Oncology.

If a man is found to have an elevated PSA level, doctors first need to determine whether it’s a sign of prostate cancer, and if it is cancer, whether that cancer is aggressive.

“The problem is that a patient can have multiple areas of cancer in the prostate and these areas may be different than each other,” explains senior study author Simpa Salami, M.D., M.P.H., an assistant professor of urology at Michigan Medicine. “Because of this, both prostate biopsies and MRI scans can miss evidence of aggressive disease. So, this urine test is designed to tell us what’s really happening throughout the whole prostate.”

The research team believes the test has several potential clinical applications, including early detection of aggressive cancer in men at the time of an initial biopsy, and ruling out aggressive disease in men considering active surveillance — which involves monitoring their cancer through regular physical exams, blood tests, biopsies and imaging tests, and delaying treatment until the cancer shows signs of worsening.

“A novel aspect of this test is that it can detect inheritable mutations in the HOXB13 gene that could warn us that the patient’s family members may also be at higher risk for prostate cancer,” Salami adds.

The researchers plan to continue to develop and validate the test in additional patients, the authors note. 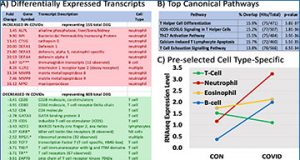