Several de novo transcriptome assemblers have been developed recently to assemble the short reads generated from the next-generation sequencing platforms and different strategies were employed for assembling transcriptomes of various eukaryotes without genome sequences. Though there are some comparisons among these de novo assembly tools for assembling transcriptomes of different eukaryotic organisms, there is no report about the relationship between assembly strategies and ploidies of the organisms. 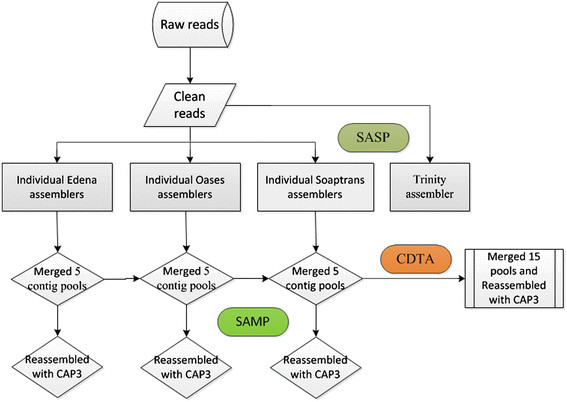 Based on the results from ours and others, it is suggested that CDTA strategy is better used for transcriptome assembly of polyploidy organisms and SAMP strategy of Oases is outperformed for those diploid organisms without genome sequences.