Increasingly, high-dimensional genomics data are becoming available for many organisms. Now, researchers from Yale University have developed OrthoClust for simultaneously clustering data across multiple species. OrthoClust is a computational framework that integrates the co-association networks of individual species by utilizing the orthology relationships of genes between species. It outputs optimized modules that are fundamentally cross-species, which can either be conserved or species-specific. The developers demonstrate the application of OrthoClust using the RNA-Seq expression profiles of Caenorhabditis elegans and Drosophila melanogaster from the modENCODE consortium. A potential application of cross-species modules is to infer putative analogous functions of uncharacterized elements like non-coding RNAs based on guilt-by-association. 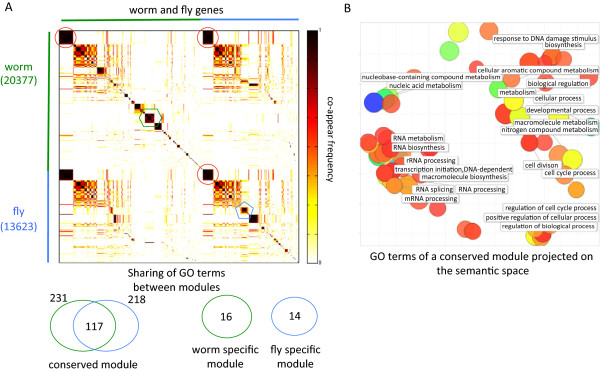 Availability – The code used for optimizing cost function (in MATLAB and R) is available online: https://github.com/gersteinlab/OrthoClust