Oscillatory gene expression is fundamental to development, but technologies for monitoring expression oscillations are limited.

Researchers at the University of Wisconsin-Madison have developed a statistical approach called Oscope to identify and characterize the transcriptional dynamics of oscillating genes in single-cell RNA-seq data from an unsynchronized cell population. 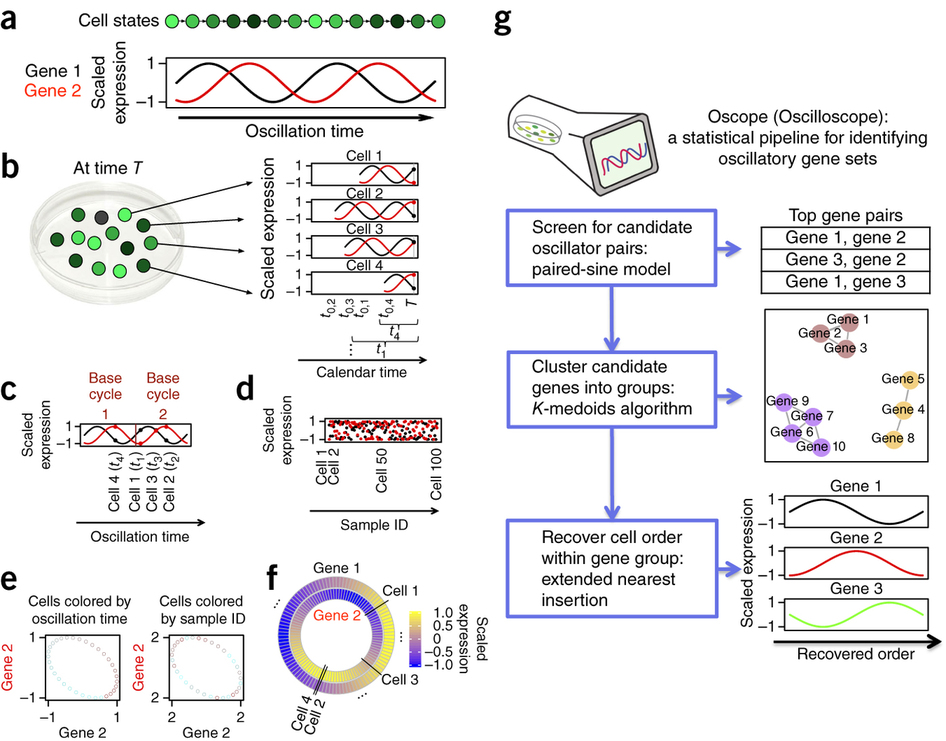 (a) An oscillating gene group with two genes and corresponding cell state. (b) In an unsynchronized scRNA-seq experiment, mRNA is collected at time T from cells in varying states. t0,i and ti show cell i’s oscillation start time and oscillation time, respectively. (c) The same genes and cells as in b, where cells are ordered by the genes’ oscillation times. (d) Expression for 100 unsynchronized cells. (e) Scatter plots of gene 1 vs. gene 2 scaled expression, which are independent of order. Cells are colored from cyan to brown following the x axes of c and d, respectively. (f) Results of base-cycle reconstruction for the 100 cells shown in d. (g) Flow chart of the Oscope pipeline.

Applying Oscope to a number of data sets, they demonstrated its utility and also identified a potential artifact in the Fluidigm C1 platform.