OverCITE-seq – high-throughput quantification of the transcriptome and surface antigens in ORF-engineered T cells.

The engineering of autologous patient T cells for adoptive cell therapies has revolutionized the treatment of several types of cancer. However, further improvements are needed to increase response and cure rates. CRISPR-based loss-of-function screens have been limited to negative regulators of T cell functions and raise safety concerns owing to the permanent modification of the genome.

Researchers from the New York Genome Center have identified positive regulators of T cell functions through overexpression of around 12,000 barcoded human open reading frames (ORFs). The top-ranked genes increased the proliferation and activation of primary human CD4+ and CD8+ T cells and their secretion of key cytokines such as interleukin-2 and interferon-γ. 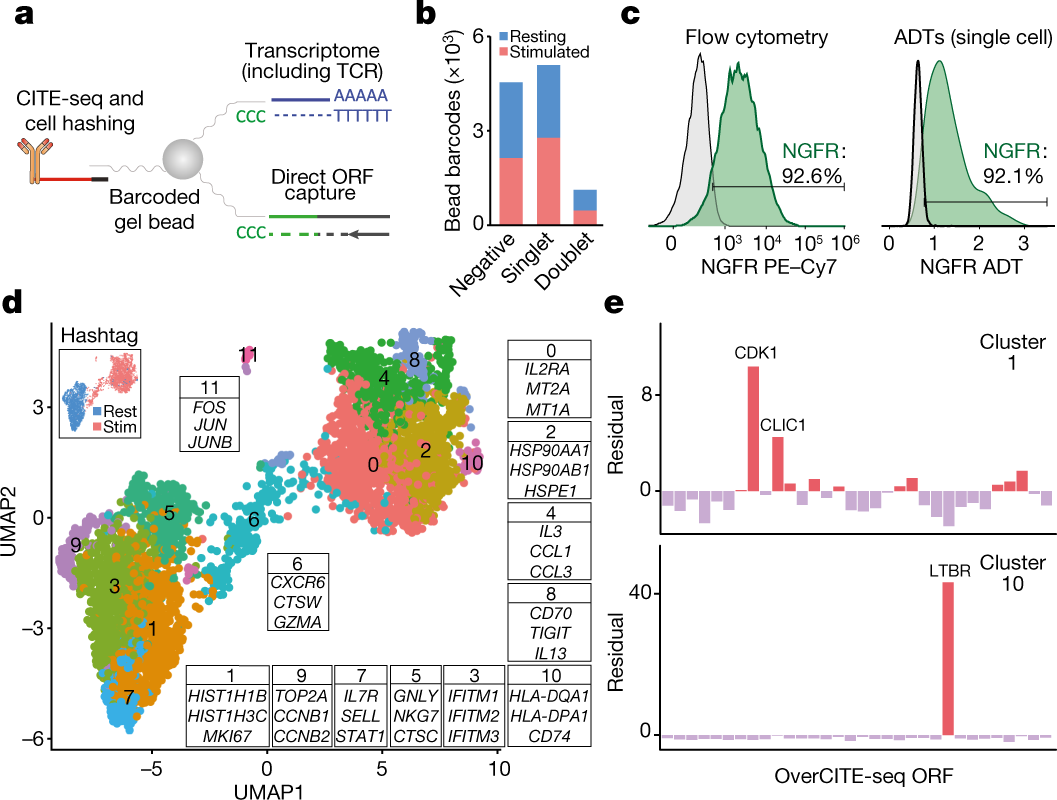